The organiser of an annual Tiananmen Square massacre vigil in Hong Kong has been arrested on its 32nd anniversary as police threatened to jail anyone who breaks into the park it is held in.

Chow Hang Tung, 36, was arrested on Friday morning ahead of a candlelit vigil that was banned for a second year in a row as Beijing attempts to shut down pro-democracy activism in the city.

Hong Kong has been the only place on Chinese soil to commemorate the student-led protest in Beijing on 4 June 1989 in which the military crackdown led to the deaths of hundreds if not thousands. 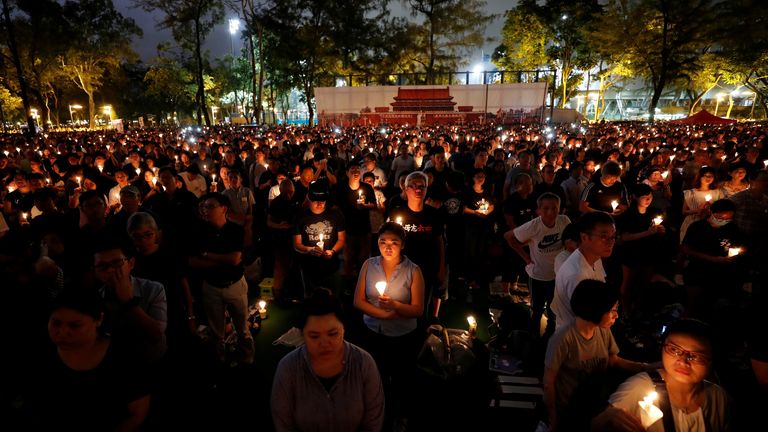 The protests had started in April 1989 against the rapid social change and economic development of post-Mao China that led to an economy that benefited some but seriously disadvantaged others, as well as the one-party political system facing a legitimacy challenge.

Protesters were calling for greater accountability, democracy, freedom of the press and freedom of speech, with up to one million people assembling in Tiananmen Square before armed troops and tanks fired at demonstrators as they tried to block the military from entering the square. 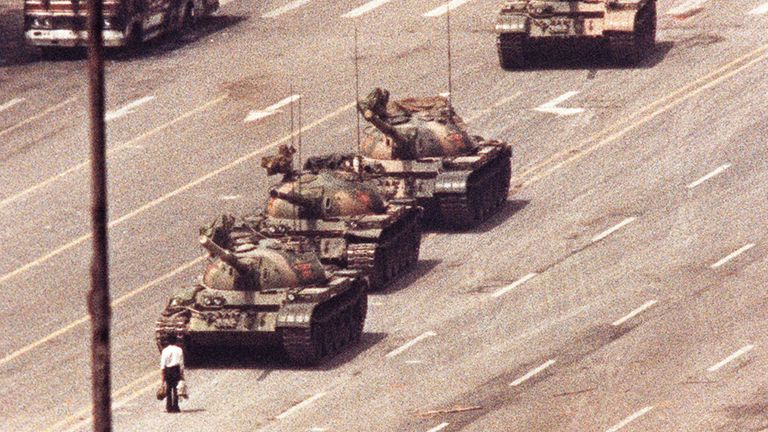 Police confirmed Ms Chow, a barrister, was arrested and reminded residents the event was banned, with a five-year maximum prison sentence for taking part in an illegal gathering.

Ms Chow, vice-chair of Hong Kong Alliance, had urged people to commemorate the event privately by lighting a candle wherever they are.

A 20-year-old food delivery man was also arrested for advertising and publicising an unauthorised assembly on his social media accounts, police said.

Activists said the Hong Kong government was using the pandemic as an excuse to ban the annual vigil in Victoria Park that has seen tens of thousands of Hong Kongers light a candle on the anniversary for the past 30 years.

Later on Friday, Hong Kong Police said it would close large swathes of Victoria Park for the first time as there have been calls on social media for people to hold a rally.

Officers will use “whatever measures are needed” and if people break into the closed-off area they could face up to 12 months in jail, the force added.

Earlier this week the June 4th Museum, dedicated to commemorating Tiananmen Square victims and run by Hong Kong Alliance, was shut down temporarily after the Food and Environmental Hygiene Department claimed it had not obtained a public entertainment venue licence.

Last year, thousands defied a coronavirus ban to light candles and sing songs in Victoria Park, with police later charging more than 20 activists, including Ms Chow, for participating in an unauthorised assembly.

Pro-democracy activist Joshua Wong, 24, was sentenced last month to a further 10 months in prison for taking part in last year’s vigil. He was already serving a 17-and-a-half month jail term over two unlawful anti-government rallies in 2019.

This year is the first anniversary since Beijing imposed a sweeping national security law to quell dissent in the city, with drastic changes to the electoral system and arrests of many activists who participated in pro-democracy protests that swept Hong Kong in 2019.

Two other key members of Hong Kong Alliance – Lee Cheuk-yan and Albert Ho – are in jail for participating in other unauthorised gatherings in 2019. Ms Chow earlier said she expected to be jailed at some point for her activism.

“If I continue my activism in pushing for democracy in Hong Kong and China, surely they will come after me at some point, so it’s sort of expected.”

In mainland China, the ruling Communist Party, which is celebrating its 100th anniversary, has never allowed public events to mark the military’s attack on protesters.

Security was stepped up in the Beijing square on Friday morning, with police checking pedestrians’ ID cards and tour buses shuttling Chinese tourists as if it was any other day. All discussion of the events are forbidden on the mainland and the few remaining activists and victims’ advocate there are put under increased police monitoring every June.

They are often taken away on involuntary “holidays” around the anniversary.

China’s foreign ministry spokesman Wang Wenbin on Thursday said its response to the “political turmoil” of 1989 had been correct.