Tropical Storm Eta is forecast to bring dangerous storm surge, flash floods and strong winds to parts of Cuba, Florida and the Florida Keys. The system previously caused widespread devastation in Central America, and in Guatemala 150 people are dead or missing as a result of the storm. Here are the latest path forecasts, spaghetti models and satellite images for Tropical Storm Eta.

Hurricane Eta made landfall in Nicaragua on Tuesday as a major Category 4 hurricane.

The system then moved to the neighbouring nations of Honduras and Guatemala, leaving widespread devastation in its wake.

Eta is currently classed as a Tropical Storm, but an upgrade to hurricane status is likely as it heads towards the Florida Keys.

According to the National Hurricane Center, the storm is moving over the Florida Straits, currently tracking about 115 miles east-southeast of Marathon, Florida and about 140 miles south-southeast of Miami. 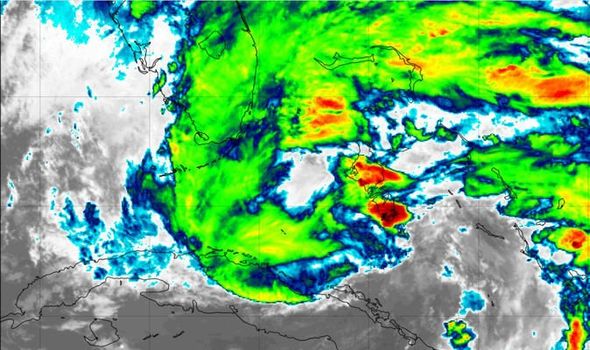 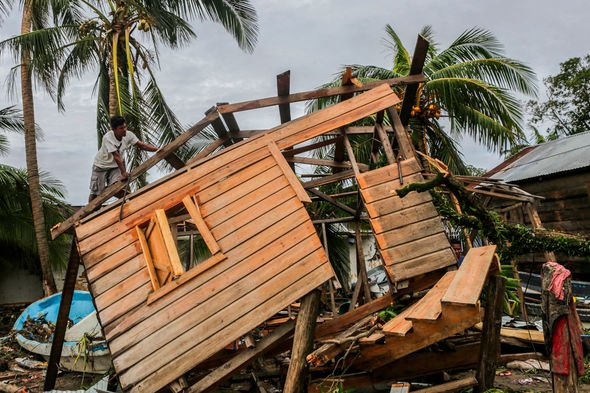 According to the National Hurricane Center’s latest update at 4pm EST (9pm GMT), Tropical Storm Eta is currently moving towards the north-west near 14mph.

The NHC forecast: “This general motion is expected to continue this evening, followed by a turn toward the west by Monday.

“On the forecast track, the center of Eta will continue to move over the Florida Straits between Cuba and the Bahamas this afternoon, pass near or over the Florida Keys tonight and early Monday, and be over the southeastern Gulf of Mexico late Monday and Tuesday.” 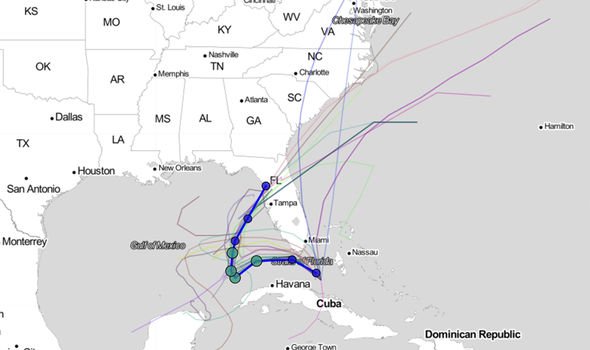 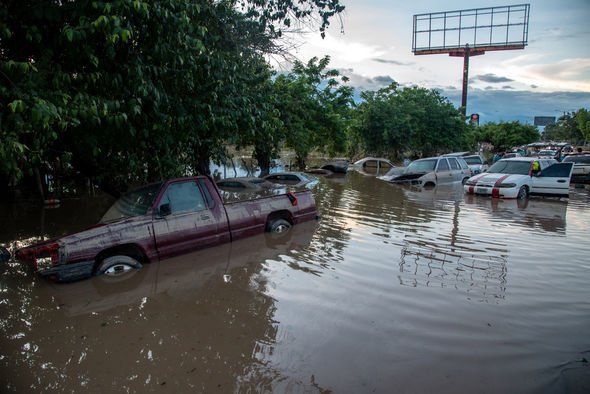 AccuWeather Senior Meteorologist Dan Pydynowski said: “Beyond Cuba, Eta is expected to take a westward turn Sunday night into Monday as it moves into the Florida Straits and across the Keys.”

But according to the latest NHC update, Eta could potentially restrengthen to hurricane status over the coming hours. 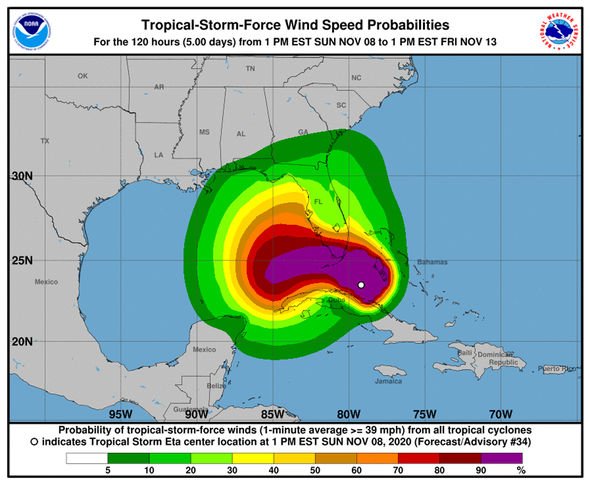 The NHC predicts “some strengthening is forecast during the next day or so”.

Tropical Storm Eta is “forecast to become a hurricane” as it tracks near or over the Florida Keys on Sunday night and early Monday.

Commenting on the storm’s progression, the Accuweather website states: “Forecasters say that as the storm continues to move away from Cuba and conditions become more conducive for strengthening, Eta could reach Category 1 hurricane strength (maximum sustained winds of 74-95 mph) just prior to or after a projected landfall in the Florida Keys Sunday night.

Where are the watches and warnings issued for?

As of 4pm EST, the following warnings and watches have been issued for Tropical Storm Eta:

A Storm Surge Warning is in effect for…

A Storm Surge Watch is in effect for…

A Hurricane Warning is in effect for…

A Hurricane Watch is in effect for…

A Tropical Storm Warning is in effect for…

A Tropical Storm Watch is in effect for…