Prime Minister Justin Trudeau on Wednesday dodged questions stemming from a report he has twice met with a Chinese businessman recently charged with running an illegal high-end Toronto gambling ring.

Among those charged is a 52-year-old man named Wei Wei.

The National Post on Wednesday reported that individual has moved in high-level political circles advocating for Chinese interests, and met Prime Minister Justin Trudeau on two occasions in 2016.

A York Regional Police spokesperson confirmed to Global News that the individual listed on the sprawling charge sheet for Project End Game is the same Wei Wei named in the caption of a photo on the China Cultural Industry Association website showing several members meeting with Trudeau in 2016.

He is described in that caption as the co-chair of the Canada China Chamber of Commerce Association. 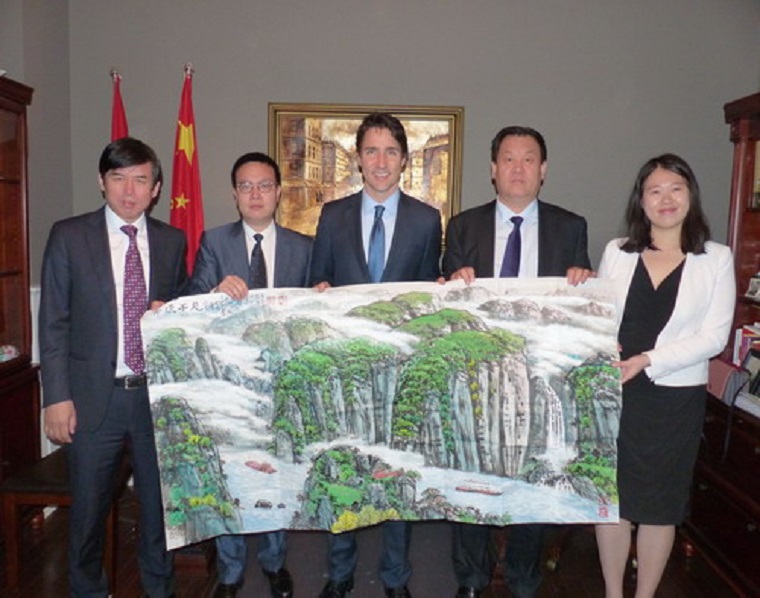 Trudeau was pressed by Conservatives about the two meetings, one of which the National Post reported was at a Liberal fundraiser.

“Canadians deserve to know: is the prime minister’s proximity to the Chinese Communist Party elites in Canada affecting his ability to protect Canadian interests?”

Trudeau made no mention of the meeting with the China Cultural Industry Association and said only that the Liberal Party makes its fundraising events open to the media and publishes lists of attendees.

“We have always followed all the rules around fundraising and will continue to, but we actually went above and beyond that in making sure all of our fundraisers are done in public spaces and we invite the media to it and publish the list of people who attend,” Trudeau responded.

“We encourage the Conservative Party of Canada to do exactly the same.”

Barrett said Trudeau should hope Canadians “don’t judge him by the company he keeps.”

“Why should Canadians trust this defective Liberal government complete with its ‘Made in China’ sticker?” he continued.

“I won’t address that question but again, it points out that the Conservatives are focused on scoring political points at a time where Canadians expect people to come together and work for them in this COVID crisis,” Trudeau said.

“We will continue to focus on supporting Canadians in this second wave.”

Wei is facing 21 charges related to the illegal operation of a betting house, unsafe storage of a firearm, possession of weapons for a dangerous purpose, possession of a stolen firearm and possession of the proceeds of crime, among other charges.

Twenty-eight others are also charged in the bust, dubbed Project End Game by police.

Tags: Chinese gamb, Project End Game
You may also like
Recent News:
This website uses cookies to improve your user experience and to provide you with advertisements that are relevant to your interests. By continuing to browse the site you are agreeing to our use of cookies.Ok