The 45th President of the US appeared alongside Vice President Mike Pence as they honoured American War veterans at Arlington National Cemetary. It is the first time the President has publically been seen since Joe Biden war declared the winner of last week’s US election on Saturday. When the result was announced by TV networks, Mr Trump was pictured playing golf. He has not returned to the White House since then. 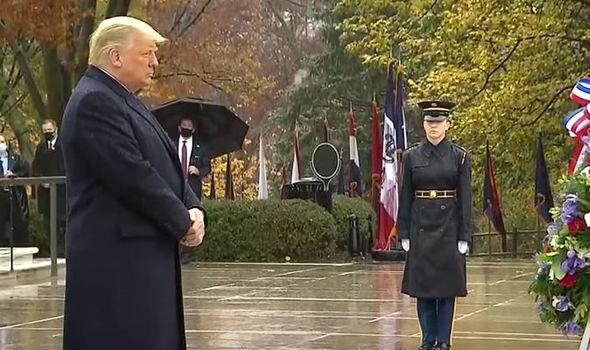 Mr Biden, who served as Vice President to Barack Obama, passed the threshold of 270 Electoral College votes needed to win on Saturday, four days after the November 3 election.

The Democrat also beat Mr Trump by more than four million votes – with the Republican leader challenging the election result with a series of legal challenges.