The US President has seen a disastrous 2020, with the COVID-19 pandemic, worsening relations with China and now protests after the death of George Floyd. Recent polling suggests that it is likely the incumbent Trump narrowly loses his presidency this November 3.

On Thursday, president Trump meet with top campaign advisers to strategise how he can recover from a series of national crises.

A campaign official said that the president had a second, larger meeting with a broader group of campaign and RNC officials where he discussed attack lines for use on his likely opponent in the Nov. 3 election, Democrat Joe Biden.

The official said: “When Joe Biden is defined, the president runs very strong against him, especially in our target states.

“That’s something we’re going to work toward.” 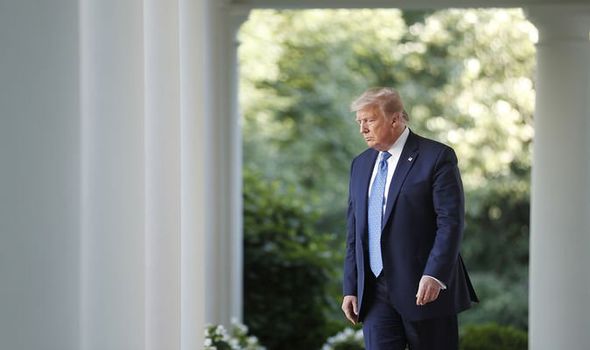 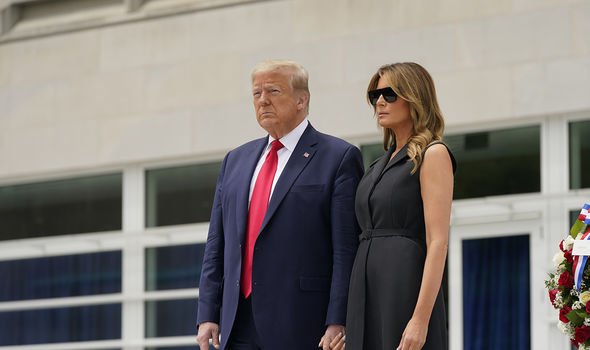 President Trump was described as upbeat and engaged at the meeting.

However, one source familiar with his thinking said he has been frustrated as he struggles to respond to a crushing set of problems.

Trump on Friday canceled a planned weekend visit to his golf resort in Bedminster, New Jersey, an FAA advisory said, thus sparing him criticism about the optics of such a trip.

In recent weeks, the president had drawn criticism for his golf trips in the middle of Memorial Weekend. 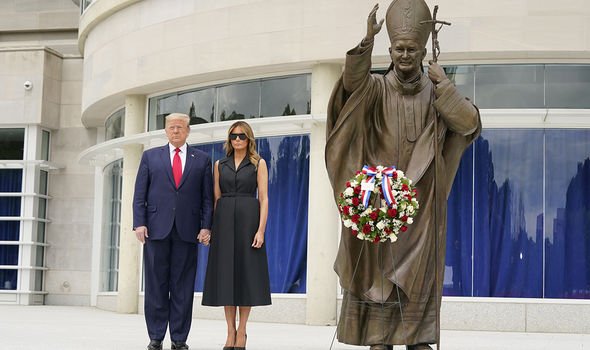 In the meeting, Trump expressed a desire to engage more with the African American community, the campaign official said.

The official said: “The president was really engaged on that topic and wants to move the needle and talk to voters.”

The president has touted prison reform and funding for historically black colleges and universities as helpful for the community.

He has also called George Floyd’s death a “grave tragedy” and said he respected the rights of peaceful protesters, but faced criticism for not showing more empathy and a way forward for improving race relations.

Trump has pushed a law-and-order theme in the wake of protests that grew violent last weekend.

Doug Heye, a former Republican National Committee official and frequent Trump critic, said: “As awful [seeing the protests worsen] is, it does allow Trump the opportunity to reframe the debate the way he wants it to be – law and order versus chaos.

“That is part of the conversation that he wants.”

It was also rumoured that the president would likely have run his campaign on the back of a strong economy, which saw the US GDP at it’s all time highest in 2019.

But since the coronavirus lockdown, more than 40 million people have been forced from their jobs, and the GDP has tanked. 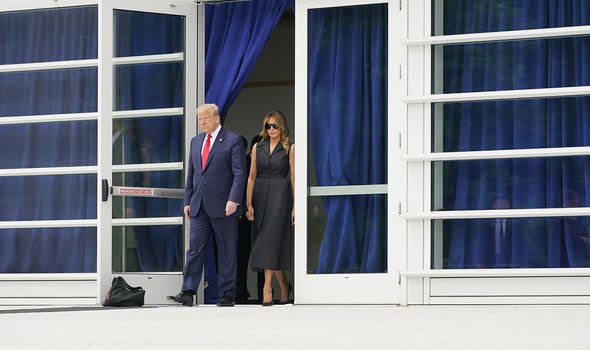 Most public polls have recently put the president behind rival Joe Biden, which gives the presumptive Democratic nominee a lead nationally and in key battleground states.

But Trump has brushed aside polling in an interview with Fox News Radio’s The Brian Kilmeade Show.

He said: “I have other polls where I’m winning, and you’ve seen them too, I guess.”

In 2016, the national polling average had put Hillary Clinton at 45.9 percent and Trump at 42.8 percent, giving Mrs Clinton an 84 percent chance to win the presidency – Trump handily won the election that year, despite not winning the popular vote.

Tags: autoplay_video, EL, headlines, US
You may also like
Recent News:
This website uses cookies to improve your user experience and to provide you with advertisements that are relevant to your interests. By continuing to browse the site you are agreeing to our use of cookies.Ok