Donald Trump could be ‘kingmaker’ in new party says expert

The former President met Republican House leader Kevin McCarthy at this Mar-a-Lago retreat on Thursday to discuss plans for regaining control of Congress in next year’s House elections. Although Mr Trump lost the election to Joe Biden, the Republicans still managed to pick up votes further down the ballot and reduce the Democrat’s majority in the House of Representatives. In a clear sign that the 45th President is still a major force to be reckoned with, polls show that he also remains as popular as ever with Republican voters.

According to a Morning Consult poll, 81 percent of Republicans polled between January 23 to 25 view their former leader positively, with as many as 54 percent doing so strongly.

After the meeting, a statement was issued on behalf of the two men.

It said: “They discussed many topics, number one of which was taking back the House in 2022. 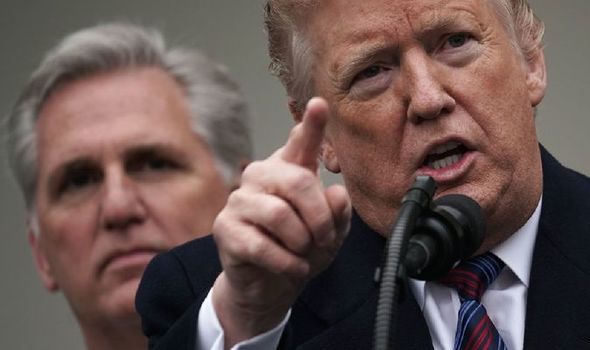 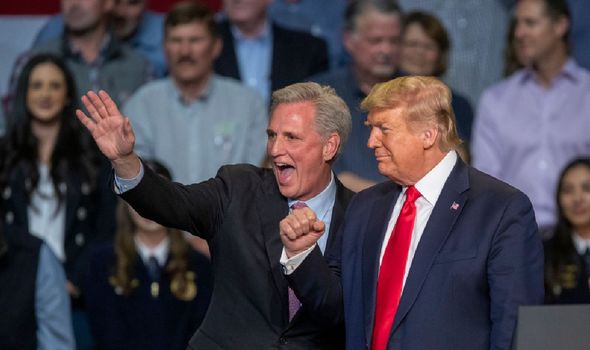 “President Trump’s popularity has never been stronger than it is today, and his endorsement means perhaps more than any endorsement at any time.

“President Trump has agreed to work with Leader McCarthy on helping the Republican Party to become a majority in the House.

“They worked very well together in the last election and picked up 15 seats when most predicted it would be the opposite. 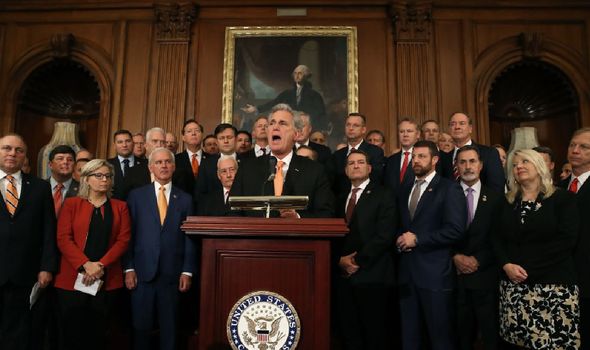 “They will do so again and the work has already started.”

The Florida rendezvous comes as the Senate prepares to hold a second impeachment trial.

Mr Trump is charged with “incitement of insurrection”. It follows the siege on the Capitol in January 6.

If convicted, he could be barred from running as President ever again. 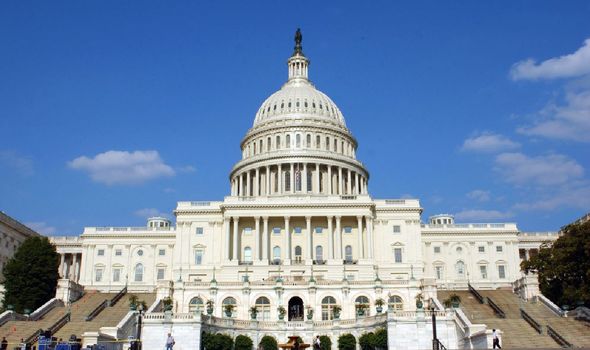 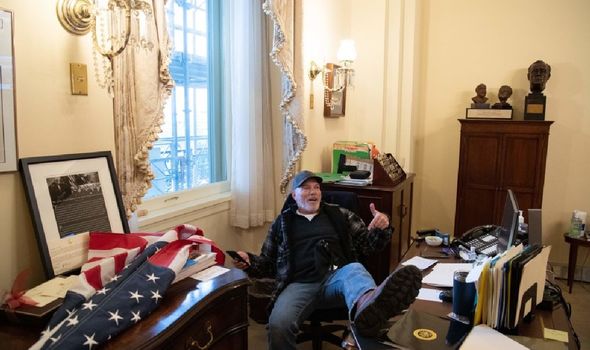 However, it now seems highly unlikely that the Senate will convict him.

In a blow to Democrats, as many as 45 out of 50 Republican Senators voted against the trial.

To convict the former President, the Democrats would need 17 Republicans to vote for Mr Trump’s impeachment to achieve the required two thirds majority.