Mr Trump said the outbreak had hit the US harder than the Japanese bombing of Pearl Harbor in the Second World War, or the 9/11 attacks two decades ago. The comment came as he carried out a U-turn 24 hours after saying the country’s coronavirus task force would be disbanded. It will instead focus on reopening the economy. As the US continued to be the epicentre of the pandemic Mr Trump, speaking in the Oval Office of the White House, said: “This is worse than Pearl Harbor, this is worse than the World Trade Center. There’s never been an attack like this.”

Since emerging in the Chinese city of Wuhan last December, the coronavirus is confirmed to have infected 1.2 million Americans, killing more than 73,000.

And as some states began to return to work,America recorded more than 2,000 Covid-19 deaths in the previous 24 hours. 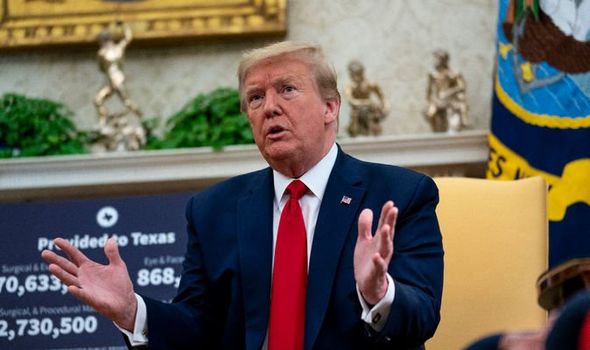 His administration was weighing up punitive actions against China over its early handling of the global emergency, he added.

Asked if he saw the pandemic as an actual act of war, Mr Trump admitted the outbreak was America’s foe, rather than China.