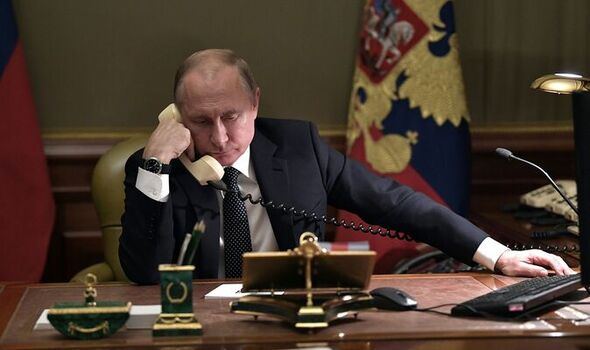 The Foreign Secretary has previously admitted that the UK and its allies now need to increase their defence spending and she told the Sunday Express that Putin has “shattered the European security settlement, so we need to step up our efforts.” Its demilitarisation, which has seen the UK army drop to below 80,000, has been matched with a military build up in Russia by Putin.

The Foreign Secretary was also candid about the way Western allies have been too slow to deal withPutin after a series of atrocities including the chemical weapon attack in Salisbury two years ago last week, and the invasion of Crimea in 2014 and the annexation of part of Georgia in 2008.

“I believe that the whole West should have done more earlier. We didn’t do enough as Putin staged invasions into neighbouring countries. Things like Crimea and the Donbas.

“There is a great sense of resolve now to take a completely different approach. That is universal. Right across Europe with our American and Canadian friends, the Japanese are very clear, South Korea, Singapore, Switzerland have put sanctions on for the first time, Australia joining the sanctions.”

She also reminded people that the chemical weapons attack in Salisbury ordered by Putin on former KGB agent Sergei Skripal and his daughter Yulia was just two years ago.

She pointed out that with 141 countries voting to condemn Russia at the General Assembly Putin was left with North Korea, Eritrea, and Syria supporting his action.

Highlighting Russia’s international isolation, she added: “China didn’t vote with Russia for example. They are now a global pariah.”

But she added: “Now there is an incredible sense of unity. From the G7 we had Japan dialing in, the US, Canada, the EU, the UK and all of our allies around the world. At the UN General Assembly 141 countries voted against Russia.”