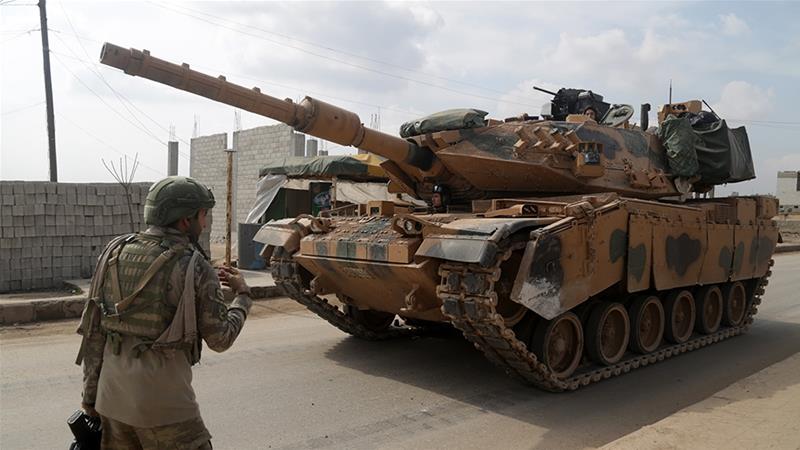 Two Turkish soldiers were killed and two others wounded after a mortar attack by Kurdish fighters in northern Iraq, the Turkish Defence Ministry said.

In a statement late on Wednesday, the ministry said Kurdistan Workers Party (PKK) fighters mounted a “harassment attack” on Turkish troops. It said “targets identified in the region” were struck and destroyed immediately in retaliation.

Turkish authorities often use the word “neutralised” to imply the “terrorists” in question surrendered or were captured or killed.

The PKK is designated a “terrorist” organisation by Turkey, the United States and the European Union. Some 40,000 people have been killed in the fight between Turkish forces and the PKK.

Turkey recently dismissed eight mayors who were under investigation for “terrorism-related” charges in eastern Turkey and replaced them with state officials, sustaining a crackdown on the pro-Kurdish Peoples’ Democratic Party (HDP).

All eight of them were accused of being members of a “terrorist” group. President Recep Tayyip Erdogan and his government accuse the HDP of having links to the PKK group, leading to prosecutions of thousands of its members and some leaders.

The HDP denies such links.

Tags: Iraq, Middle East, PKK, Turkey
You may also like
Recent News:
This website uses cookies to improve your user experience and to provide you with advertisements that are relevant to your interests. By continuing to browse the site you are agreeing to our use of cookies.Ok