The outgoing US President has had his Twitter platform disabled on Friday after he allegedly breached the website’s rules. Those calling for Mr Trump’s account to be suspended hailed the move from the social media giant, while others claimed the ban attempted against his freedom of speech.

One civil rights non-profit body condemned Twitter for implementing the ban “too little too late”.

Angelo Carusone, president of Media Matters for America, said an earlier response from the platform could have avoided the storming of Congress in Washington DC by Trump supporters.

In a statement, he wrote: “These actions are long past due and appropriate. But, Twitter (and other platforms) doing this now is a lot like senior administration officials resigning with only days left – too little too late. Trump has repeatedly broken Twitter rules.”

Mr Carusone called on other social media websites to mirror Twitter’s actions and ban the President from using their services. 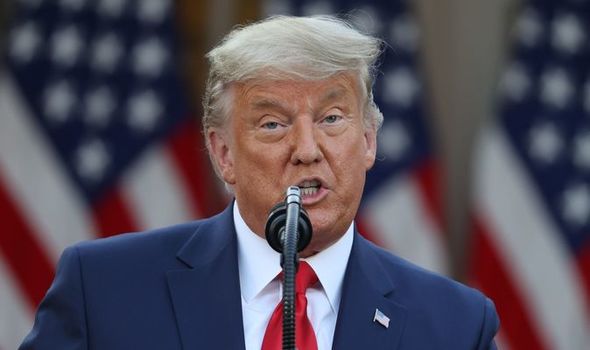 The head of the media watchdog claimed Mr Trump’s first “call for violence” dated as far back as 2012 when former Massachusetts governor Mitt Romney lost the election.

In a tweet, Mr Carusone wrote: “1/ Donald Trump first issued a call for violence following Romney’s defeat in the 2012 election. It’s been 8 years since that first call for violence and many incitements since.”

He added: “2/ Twitter ban is fitting, but doing this now is a lot like senior admin officials resigning with only days left. Trump repeatedly broke rules and Twitter ignored for years.

“If only Twitter and other platforms had acted earlier, Wednesday’s awful events could have been avoided.”

It wrote: “After close review of recent Tweets from the @realDonaldTrump account and the context around them we have permanently suspended the account due to the risk of further incitement of violence.

“In the context of horrific events this week, we made it clear on Wednesday that additional violations of the Twitter Rules would potentially result in this very course of action.”

Some Twitter users praised the move, defending the social media giant from accusations that it was suppressing Mr Trump’s freedom of speech.

One person said: “Freedom of speech protects you from the government, not from the consequences of what you say.

“Sometimes consequences include being removed from a non-government body’s platform.

“If you think freedom of speech protects you from a Twitter ban you have no concept of the amendment.”

Another user added: “I know, it’s so ridiculous. The First Amendment does not give you the right to say anything anywhere without being objected to in any way. 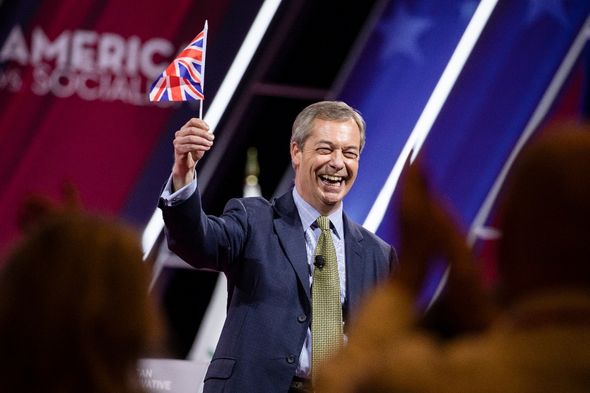 “If the people who are in charge of the space you’re saying these things in are bothered by them, THEY have the right to not want to tolerate you there.”

Nigel Farage, leader of the Brexit Party and avid supporter of the Republican president, also weighed into the debate, claiming he was “shocked” by the platform’s decision.

He wrote: “Shocked that the US President has been closed down by Twitter. Not attending the Inauguration is hardly encouraging violence. Free speech must win.”

Other users claimed the suspension attempted against the principles of democracy, labelling the move as “dangerous”.

One user wrote: “When was freedom of expression privatised? It’s a dangerous road twitter and Facebook are taking. How will democracies respond?”

Tags: autop, headlines, POLITICS, world
You may also like
Recent News:
This website uses cookies to improve your user experience and to provide you with advertisements that are relevant to your interests. By continuing to browse the site you are agreeing to our use of cookies.Ok