WASHINGTON (Reuters) – The United States on Monday rejected China’s disputed claims to offshore resources in most of the South China Sea, a move that Beijing criticised as inciting tensions in the region and which highlighted an increasingly testy relationship. 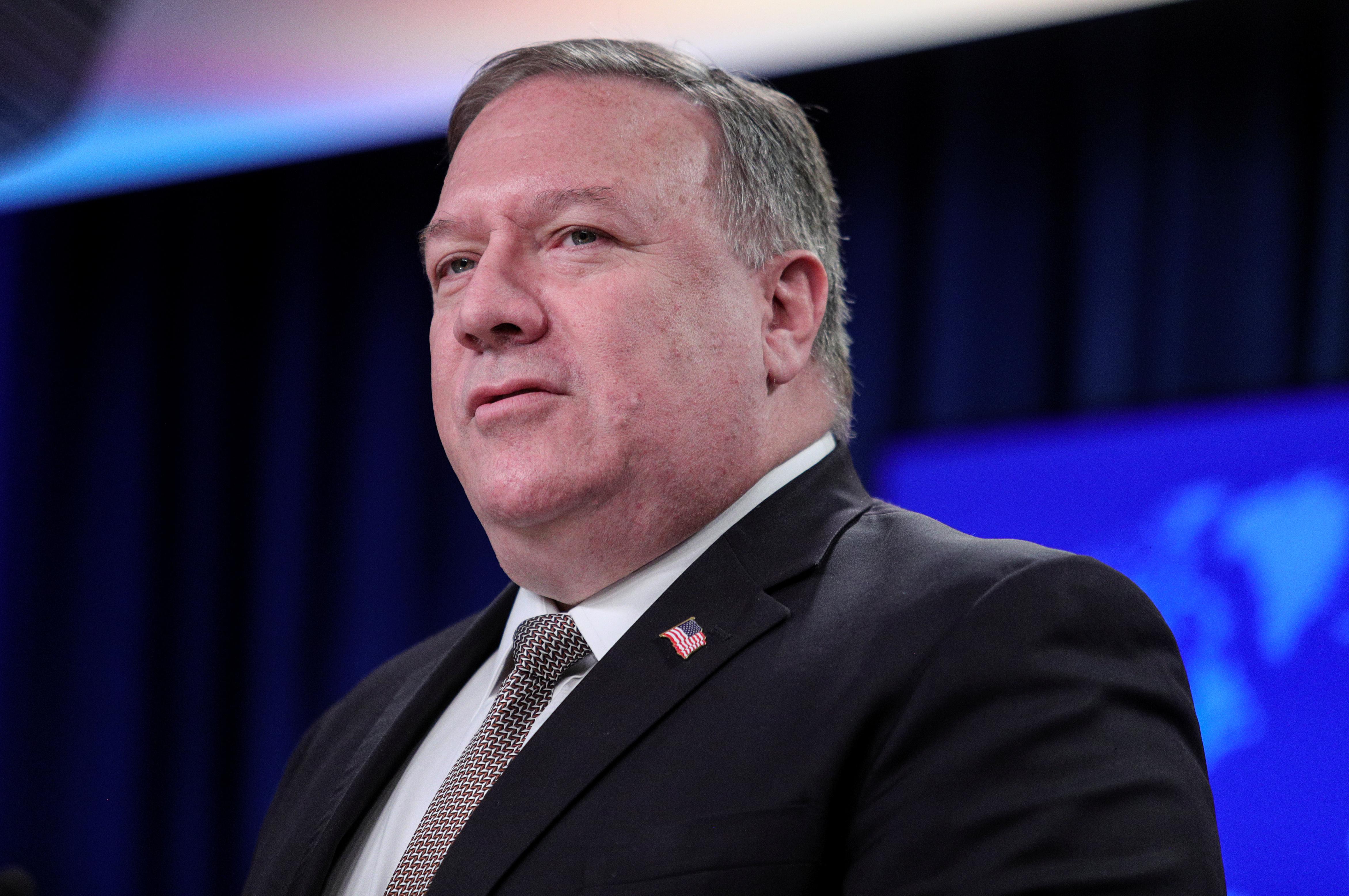 China has offered no coherent legal basis for its ambitions in the South China Sea and for years has been using intimidation against other Southeast Asian coastal states, U.S. Secretary of State Mike Pompeo said in a statement.

“We are making clear: Beijing’s claims to offshore resources across most of the South China Sea are completely unlawful, as is its campaign of bullying to control them,” said Pompeo, a prominent China hawk within the Trump administration.

The U.S. has long opposed China’s expansive territorial claims on the South China Sea, sending warships regularly through the strategic waterway to demonstrate freedom of navigation there. Monday’s comments reflect a harsher tone.

“The world will not allow Beijing to treat the South China Sea as its maritime empire,” Pompeo said.

The Chinese embassy in the United States said in a statement dated Tuesday that Washington’s accusation is “completely unjustified.”

“Under the pretext of preserving stability, (the U.S.) is flexing muscles, stirring up tension and inciting confrontation in the region,” it said.

Regional analysts said it would be vital to see whether other nations adopt the U.S. stance and what, if anything, Washington might do to reinforce its position and prevent Beijing from creating “facts on the water” to buttress its claims.

The relationship between the United States and China has grown increasingly tense over the past six months over Beijing’s handling of the coronavirus pandemic, its tightened grip on Hong Kong and its crackdown on China’s Uighur Muslim community.

China claims 90% of the potentially energy-rich South China Sea, but Brunei, Malaysia, the Philippines, Taiwan and Vietnam also lay claim to parts of it, through which about $3 trillion of trade passes each year. Beijing has built bases atop atolls in the region but says its intentions are peaceful.

Beijing routinely outlines the scope of its claims with reference to the so-called nine-dashed line that encompasses about nine-tenths of the 3.5-million-square-kilometer South China Sea on Chinese maps.

“This is basically the first time we have called it illegitimate,” said Chris Johnson, an analyst with the Center for Strategic and International Studies. “It’s “fine to put out a statement, but what you going to do about it?”

Tags: China, D, MARITIME, Taiwan, US, USA
You may also like
Recent News:
This website uses cookies to improve your user experience and to provide you with advertisements that are relevant to your interests. By continuing to browse the site you are agreeing to our use of cookies.Ok