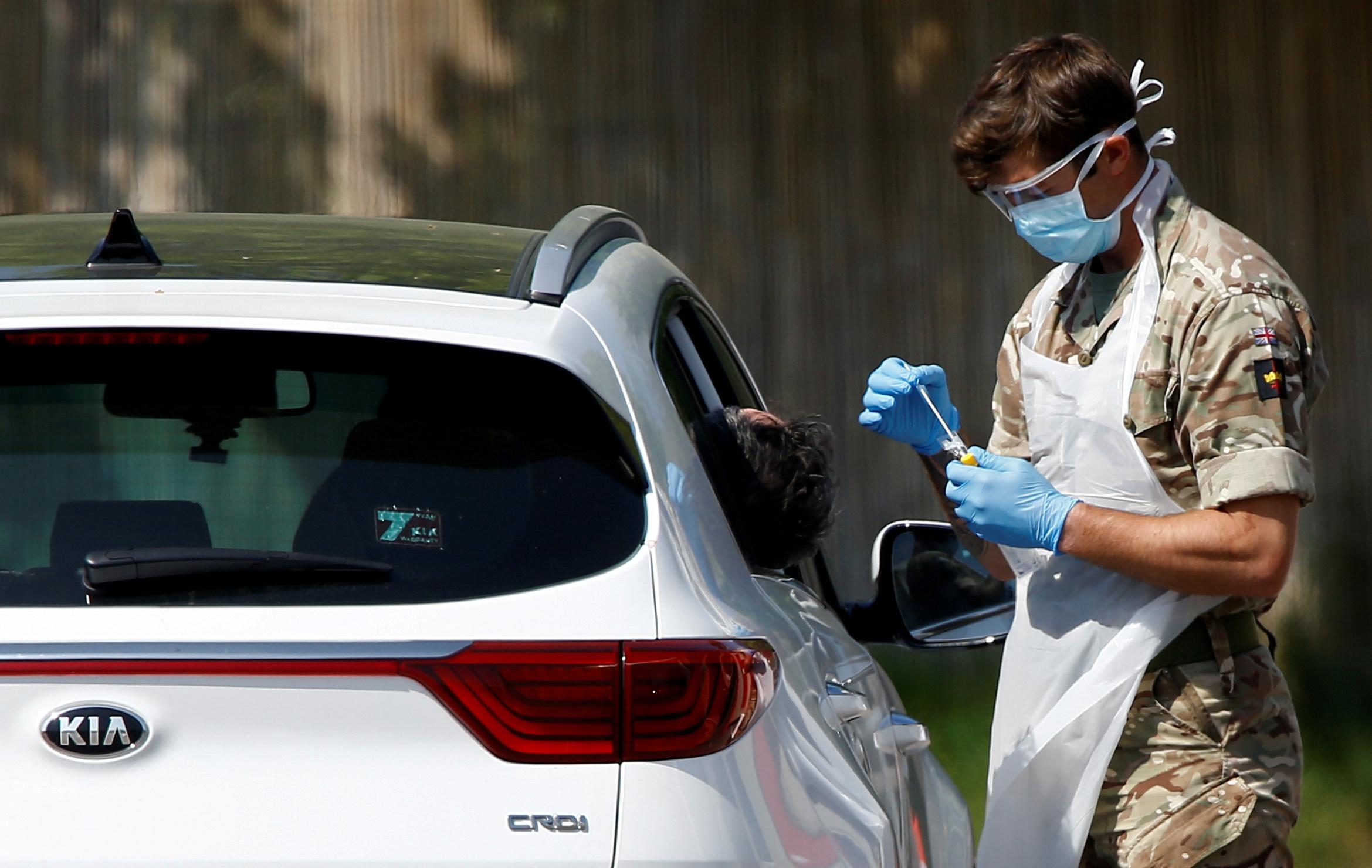 LONDON (Reuters) – Britain decided to end mass testing and contact tracing of those with or suspected of having COVID-19 in March because a surge in new cases at that time would have been beyond the system’s capacity, government advisers said on Friday.

Prime Minister Boris Johnson has been criticised for scaling back testing and tracing in March, only to ramp up the system in recent weeks to try to ease out of a lockdown to tackle the coronavirus outbreak that has all but shut down the economy.

Johnson’s government repeatedly says it has been guided in its fight against the coronavirus by scientific and medical advice, and on Friday, John Newton, Britain’s testing coordinator, said it was ministers who ultimately decided on contact tracing.

Newton said the government’s scientific advisory group established in February that an increased rate of transmission of the virus in the community meant it would not be worth carrying on with mass contact tracing.

“When, in March, it became apparent that community transmission was occurring … that decision was then enacted. It was a decision of course of government, informed by all its advisers not just Public Health England,” he told parliament’s science and technology committee.

He said the advice from modellers in March was that Britain in a short period would have as many as a million cases – something that would stretch even those countries with large testing and tracing capabilities.

“At that point it was the government’s very significant decision, made by government, to move to lockdown as the most appropriate response to the epidemiology in the UK at the time,” he said.

On other measures where Britain is adopting different advice to other countries, Yvonne Doyle, medical director at Public Health England, told the committee the advice to the public to keep two metres apart would be kept under review.