GMB: Guest says 'get over yourself' complaining about heatwave

The South Central Ambulance Service which covers Berkshire, Buckinghamshire, Oxfordshire and Hampshire has already declared a critical incident as much of the country prepares to feel the wrath of near 40C temperatures this weekend and early next week. And the South East Coast Ambulance Service (SECamb), operating in Kent, Surrey, West Sussex and East Sussex has also moved back to its highest level of escalation, urging people not to keep calling 999 unless a person’s condition worsens on-the-spot. Patients are being asked to think before they dial 999 as dangerously high temperatures threaten to buckle the overstretched emergency services even more. Paramedics may already be inundated with heatwave related calls, which may typically range from dehydration and heat stroke.

People with long-term health issues such as heart conditions or high blood pressure may also lean on the NHS in the coming days.

It comes as temperatures are predicted to soar to the mid-30s, creeping even higher to nearly 40C by Monday, July 18.

The warning itself urges residents to change their routines and working patterns to suit the heat and extends to the entire population, not just the vulnerable. 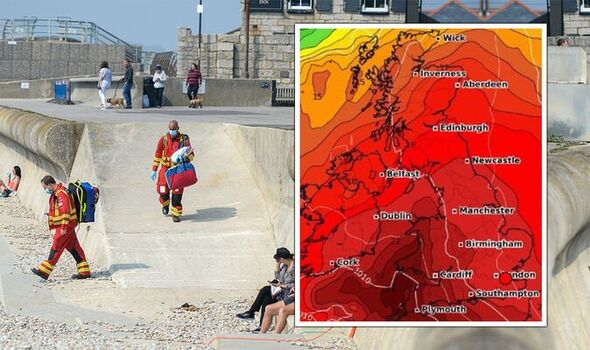 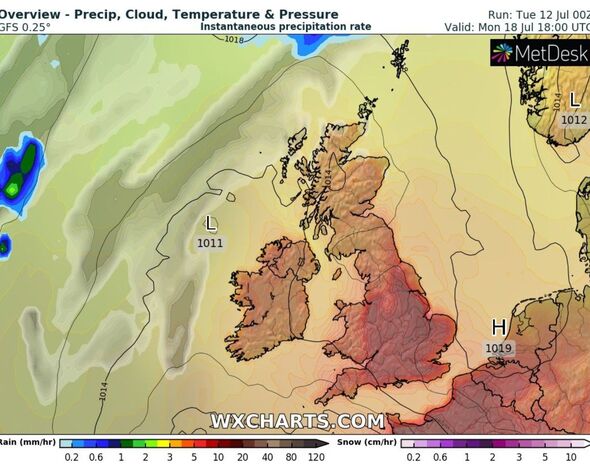 The leading forecaster also said it was likely to update its urgent messaging nearer the time, as the warning may extend into Monday as well.

Emma Williams, SECAmb executive director of operations, said: “We have had a very busy week and we expect demand to remain high, especially with the hotter weather forecast to last.

“I’d ask the public to really think as to whether they are facing an emergency and if not, avoid calling 999.

“Please also look to speak to your GP or a pharmacist and remember, you can also get help and advice from visiting NHS 111 online.” 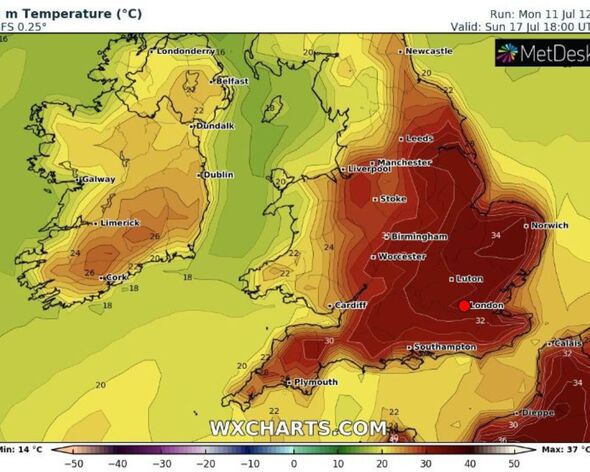 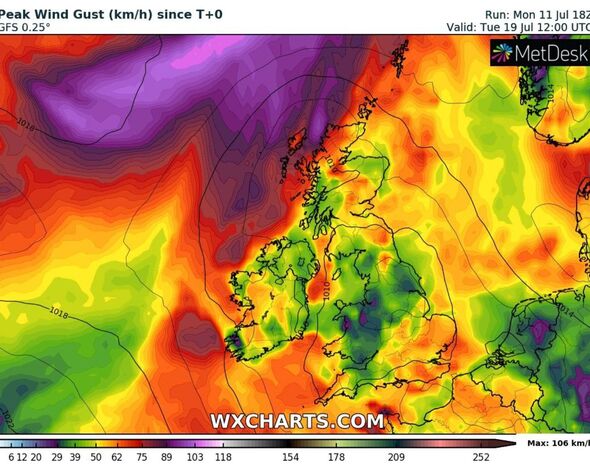 A spokesman for the South Central Ambulance Service added: “The declaration of a critical incident enables us to seek further support from our partners and alert the wider healthcare system, as well as the public, to our existing challenges in reaching patients as quickly as we can.

“We are experiencing an increasing number of 999 calls into our service, combined with patients calling back if there is a delay in our response to them.As a result, our capacity to take calls is being severely challenged.

“This week we are also faced with high temperatures across our region which we know will lead to an increase in demand on our service.

“All of these issues combined are impacting on our ability to respond to patients.”

The Met Office advises anyone seeking medical advice to ring 111, whose call handlers will decide which part of the public health sector an individual needs.

Ambulance crews are also asking the public to do all they can to protect themselves from the strong UV rays set to beat down on much of the UK this week and next.

Ms Williams added: “We’d also urge people to do everything they can to keep cool and look out for vulnerable people including older people and the very young who can be seriously affected by the heat.

“People should stay hydrated, cover up, use sunscreen and make use of the shade.”