Today is officially the longest day of the year as the summer solstice has arrived, but the day appears to have dampened by outbreaks of rain across many regions. However, the BBC’s long-range forecast has predicted scorching temperatures could return by the middle of July as a potential heatwave could grip the nation. The latest heat maps from Netweather also show the start of July kicking off with the whole of the UK covered in shades of red as it is gripped by highs of nearly 30C.

North-west regions including Manchester and Coventry could see the warmest temperatures of 28C on Monday, July 5, while the Yorkshire Dales and Leeds also roast at 27C.

Glasgow in Scotland could see also see highs of 27C on the same day, while Newcastle and Middlesbrough average 26C.

London, Kent and Essex in the south east may also see gifts of 25C.

The BBC’s forecast between Monday, July 5, and Sunday, July 18, said: “Toward mid-July the pattern is likely to be rather changeable with mixed dry and warm spells and a increasing chance of a brief heatwave. 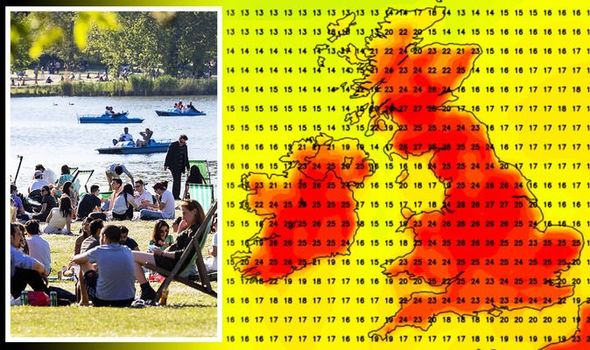 “The extent of high pressure influence in western and northern Europe is the main source of uncertainty for the forecast.

“Computer models are very enthusiastic on developing a strong high to our east over Germany and into Scandinavia by mid-July.

“This would be a very warm pattern for the UK with a potential for heatwaves.”

It added: ”There is a 30 percent risk that high pressure builds in strongly and we see warmer weather with a greater risk of heatwaves.” 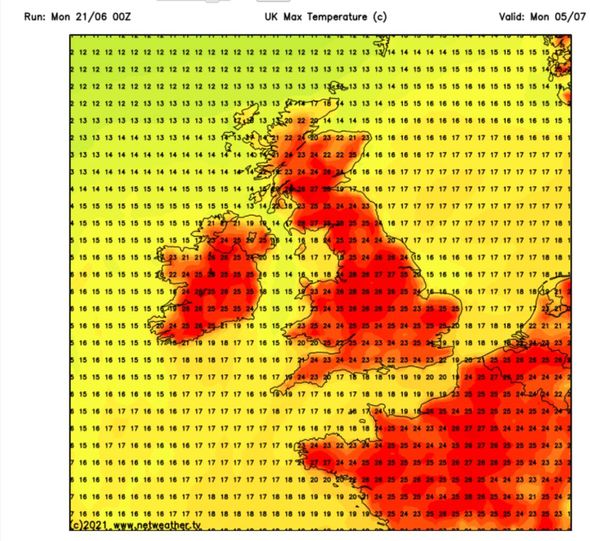 The forecast said: “Winds are most likely remaining light to moderate throughout, with temperatures hovering at or slightly above average for the time of year.

“Confidence becomes lower later into the period, but there is a chance of high pressure building for a time.

“This will most likely bring further periods of settled weather, interspersed with brief more unsettled spells. 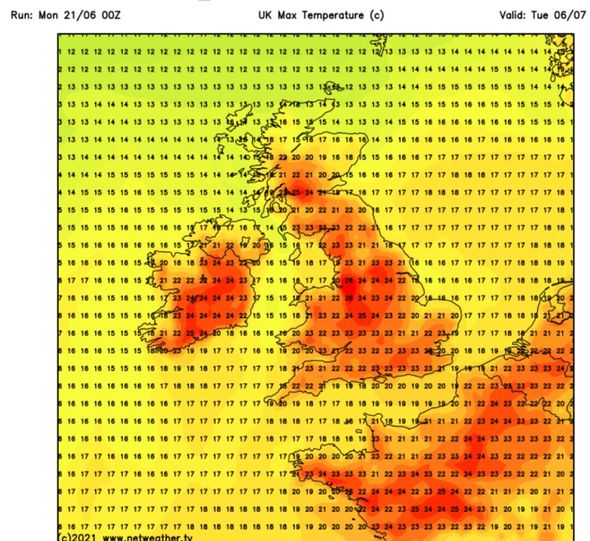 “Confidence remains low for this period, but it is possible that periods of generally settled conditions will continue, these interspersed with some briefly unsettled spells at times.

“Most of the rainfall from fronts moving into the country will be over northern parts of the UK.

“Temperatures will probably remain around average for this time of the year, with many areas seeing warm weather.”

The forecast said: “It looks probable that the overall weather pattern won’t change much during this period, but there is a significant chance of high pressure moving across much of the country at some point during the week, meaning that it will probably be warmer and sunnier overall for the majority of the country. 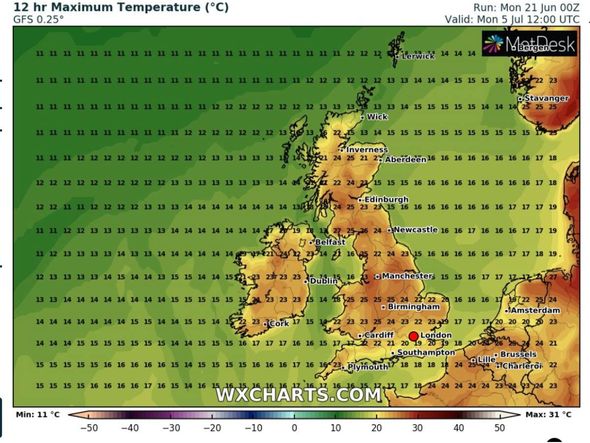 “Cooler cloudier conditions will mainly affect the north of Britain, where westerly and north-westerly winds will often feature on the north-eastern flank of the ridging Azores High.

“Mean temperatures are thus expected to generally be above normal, typically by 1 to 2C.

“It will generally be drier and sunnier than average this week, but for the north and west of Scotland, near average sunshine is more likely.

“Rainfall totals are also likely to be closer to normal over much of Scotland, but still tending to be below normal overall.”