The warning, which was updated on Friday, stretches from Carlisle to Oban and Tobermory, and through to Northern Ireland.

The national forecaster predicted “occasional periods of heavy rain”, which could reach up to 100mm, in the first part of the weekend.

They added that there is a “small chance of fast-flowing or deep floodwater causing danger to life”.

Some buildings could sustain damage, and flooding may impact local public transport routes. 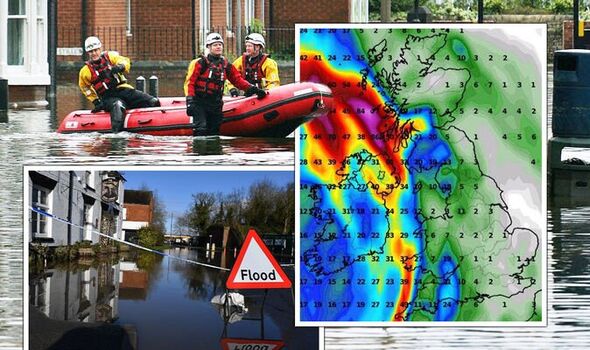 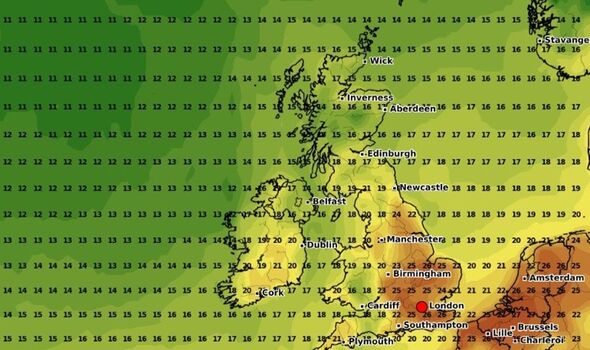 There is a possibility of trouble on the roads for motorists, with the potential for “some road closures” arising on Saturday.

Those residing in the area covered by the weather warning should also be aware of power cuts and being “cut off by flooded roads”.

The warning expires at 11.59pm on Saturday evening, and is not renewed for Sunday.

The Met Office predicted that the “sunny spells” appearing across the UK on Friday will slowly give way to “showers and longer spells of rain developing in the northwest” as the day wears on. 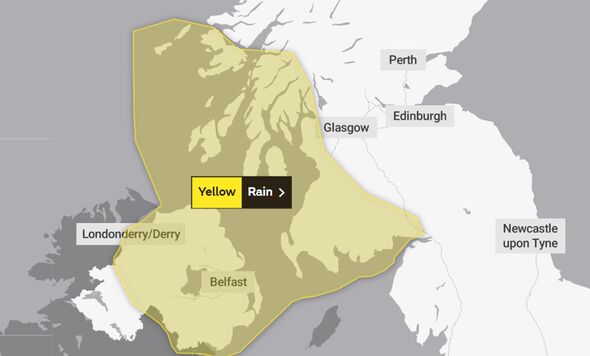 It added that there is a “continuing risk of heavy showers and thunderstorms in parts of southern England and also southwest Wales”.

However, for most of Friday, the temperatures will feel “warm, especially in sunshine”.

Temperatures will likely peak at 26C on Friday in the southeast of England, with 25C expected for most up to the Midlands.

The figures dip to the high teens in the southwest down to Devon and Cornwall and most of Wales. 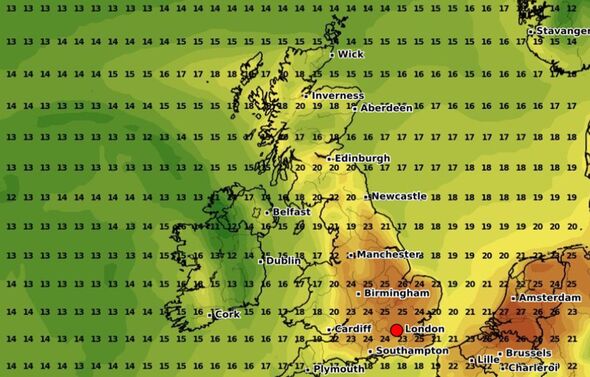 Heading north, temperatures will be highest around York at 24C, and slightly cooler in the likes of Manchester and Newcastle.

The mercury will likely stay between 16C and 18C across Northern Ireland, with the picture broadly the same for most of Scotland.

Heading into Saturday, temperatures will stay largely consistent in the southeast, hitting around 25C across Kent and other counties surrounding the capital.

These temperatures will trail off as you head north, sticking to the mid-20s in the Midlands but falling towards the northeast.

The northwest will see temperatures of around 22C, whereas 18C and 19C are more common across Wales.

Some parts of central Scotland may see temperatures break the 20C barrier, but high teens remains more likely on the first day of the weekend.

Across Northern Ireland, 14C will be common, with highs of around 17C expected.