The Met Office has implemented a yellow weather warning for thunderstorms in place from 1pm to 9pm tomorrow, July 19. Its current red and amber extreme heat warnings covering the country will cease from midnight tonight. Temperatures will take a plunge tomorrow, but it will still feel very hot for some – with peaks in central London hitting 26C and 28C This will be a staggering 12C to 14C cooler than it is today, however.

The Met Office warning says: “Heavy showers and thunderstorms are expected to develop across central, southern and eastern parts of England on Wednesday afternoon.

“Whilst most places will see only small amounts of rain there is a chance of some isolated heavy downpours and lightning.

It warns roads can be shut due to flooding, and public transport may be affected by lightning strikes. 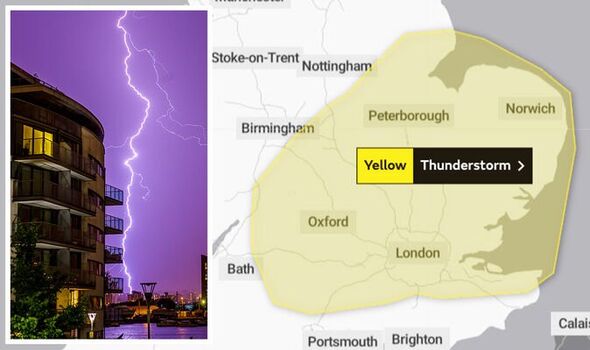 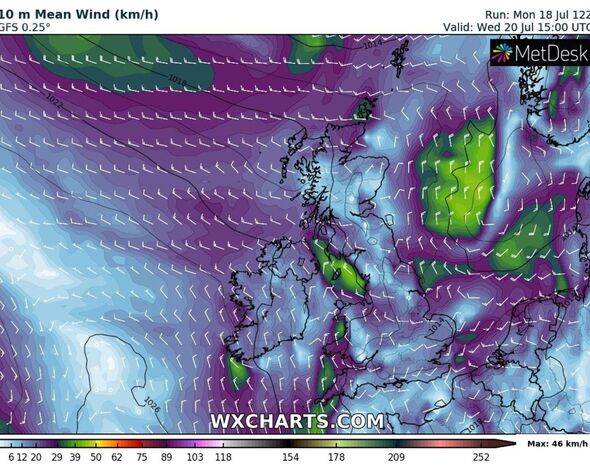 The warning itself covers 36 local authority areas and regions across the south east, east and centre of the country.

But current Met Office forecasts for individual areas details exactly how likely it will be to storm in specific areas, with an estimated time.

The only stand-out place that may see storms as early as tonight is Peterborough, currently predicted to hit 40C by 3pm. 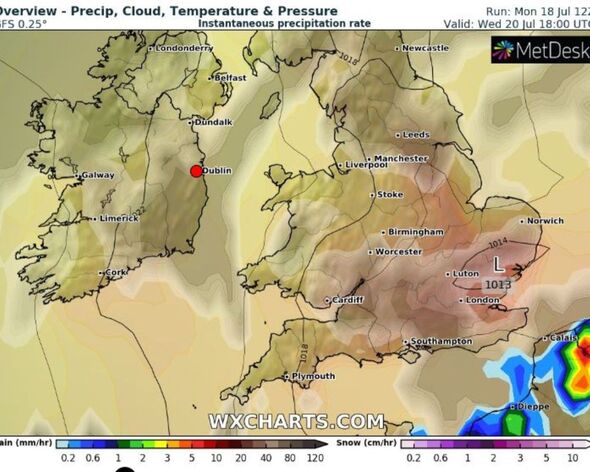 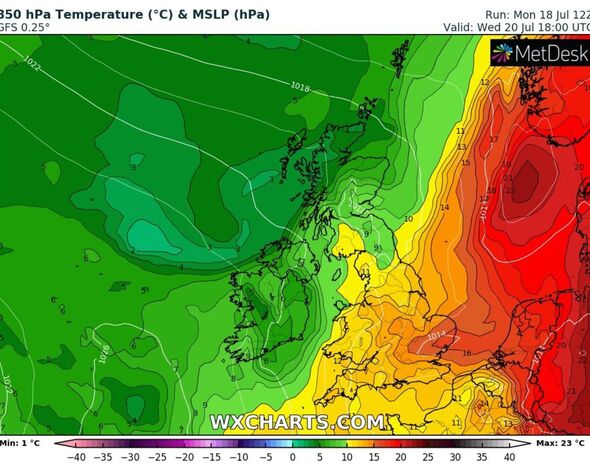 Its localised forecast says it may storm from around 10pm.

From tomorrow in Islington, Greater London, there is a 50 percent chance of a thunderstorm starting at 6pm, with showers starting beforehand from 3pm.

In Saffron Walden, Essex, storms are 60 percent likely to occur between 6pm and 7pm, with no rain forecast in the day at all.

Further north in Cambridge there is also a 50 percent chance of thunder and lightning from 5pm, with rain only moving in an hour before.

Many surrounding areas may see a glimpse of the storms, but are only forecast heavy rain at this current time.

Senior meteorologist at the British Weather Services, Jim Dale, told Express.co.uk that storms would likely be a “lottery” with no certainty over which places will just experience heavy rain.