Whitehall sources said the measures could swing into effect as early as tomorrow in a joint action with the US and Canada but not the European Union which remains undecided on what action to take. Brussels, which has faced severe criticism for not reacting sooner to the political crisis unfolding on its doorstep, has told Mr Lukashenko it does not recognise him as the country’s legitimate leader. But it has yet to reach agreement on formal sanctions and instead said it was “reviewing its relations” with the strife-torn country.

Diplomatic pressure is building on Mr Lukashenko a day after he had himself sworn in at a behind-closed-doors ceremony that was kept secret until after it was completed.

Foreign Secretary Dominic Raab described the inauguration as “fraudulent” and said British, US and Canadian officials were working on sanctions against those responsible for “serious human rights violations”.

Sources said the measures could come in tomorrow but acknowledged it might be later given the challenge of co-ordinating between the three countries. 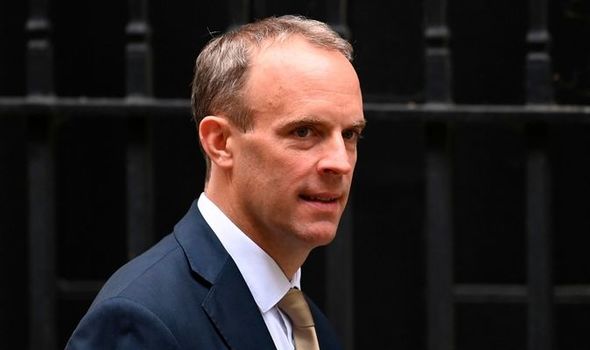 More than 12,000 people have been arrested, and hundreds remain in jail, in a brutal crackdown against critics since Mr Lukashenko was declared the landslide winner of the August 9 vote.

Mass protests have left the veteran leader reliant on his security forces, and backing from his close ally Vladimir Putin, to maintain his 26-year grip on power in the former Soviet republic.

Mr Raab told MPs: “The world has watched in horror at the response of the Belarusian authorities.

“They launched a campaign of violence, intimidation and harassment against peaceful protesters.

“We’ve seen horrific scenes of militia attacking demonstrators and then dragging them away.

“UN human rights experts report the authorities have beaten those they held in detention and threatened female protesters with violence, including rape.” 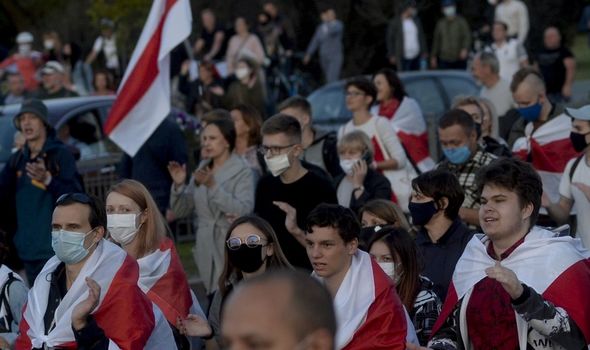 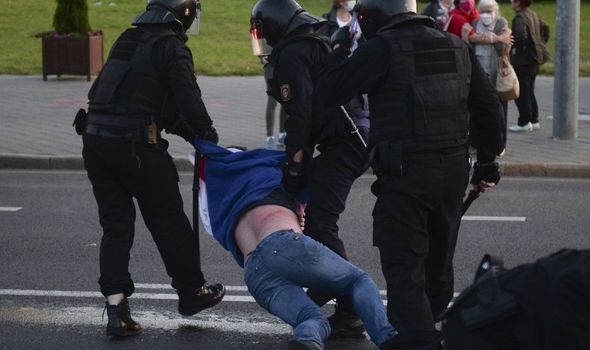 Mr Raab said journalists had been targeted to enable the authorities to “hide their actions” while opposition officials co-ordinating peaceful protests have been “abducted, imprisoned and expelled”.

He said the unannounced ceremony for Mr Lukashenko’s inauguration “only serves to reinforce his wholesale lack of legitimacy”, noting the UK, the West and the world “cannot sit idly by”.

Mr Raab said: “We do not accept the results of this rigged election. Second, we condemn the thuggery deployed against the Belarusian people. It is absolutely critical that those responsible are held to account.

“We are willing to join the EU in adopting targeted sanctions against those responsible for the violence, the repression and the vote-rigging although the EU process has now been delayed in Brussels.

“Given that delay, given Lukashenko’s fraudulent inauguration, I have directed the FCDO sanction team to prepare Magnitsky sanctions for those responsible for the serious human rights violations and we’re coordinating with the United States and Canada to prepare appropriate listings as a matter of urgency.”

Brussels said yesterday’s abrupt swearing-in went directly against the will of the people.

An EU spokesman said: “The so-called ‘inauguration’ and the new mandate claimed by Aleksander Lukashenko lack any democratic legitimacy.

“This ‘inauguration’ directly contradicts the will of large parts of the Belarusian population, as expressed in numerous, unprecedented and peaceful protests since the elections, and serves to only further deepen the political crisis in Belarus.” 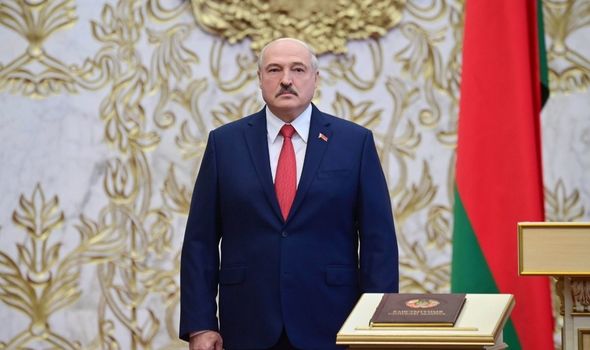 The EU, a large financial donor to Belarus, said it was “reviewing its relations” with the country, meaning the bloc would seek to cut off direct funding to Mr Lukashenko’s government and redirect the cash to aid groups and hospitals instead.

The 66-year-old leader has so far brushed off the widespread condemnation his re-election has brought.

Tags: autoplay_video, belar, ctp_video
You may also like
Recent News:
This website uses cookies to improve your user experience and to provide you with advertisements that are relevant to your interests. By continuing to browse the site you are agreeing to our use of cookies.Ok