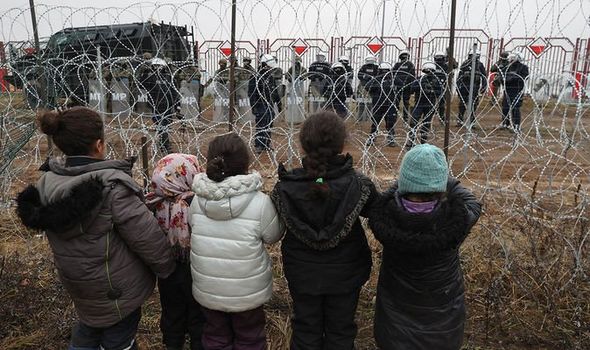 The Ministry of Defence says 140 Royal Engineers will be sent to Poland. A reconnaissance team is already in Lithuania. A MOD spokesman said: “Poland and Lithuania, with their neighbour Latvia, have been under some significant pressure from migration originating from Belarus and facilitated by the Belarussian regime for months.”

Russia’s Vladimir Putin has been whipping up tension against former Soviet states Poland, Latvia and Lithuania ‑ which are part of the EU ‑ using Belarus, which borders them.

Russia has also massed 90,000 troops at its border with Ukraine, raising fears it will invade.

British Foreign Secretary Liz Truss said that would be a “strategic mistake”.

The Royal Engineers will give “infrastructure support” to the Polish military at their border with Belarus from the end of the month.

Poland says that Russia is trying to destabilise Europe’s Eastern frontier in an attempt to “change the geopolitical system” and to “disunite” the EU.