Britain has been battered by strong winds, heavy downpours and stormy conditions this week but the unsettled conditions could be about to subside. Forecasters predict temperatures could rise to the early 20s next week, as an area of high pressure sweeps across the south of England.

The end of the bank holiday weekend will be marked by dry, sunny spells as the mercury attempts to rise to the 20s.

But Paul Michaelwaite, a meteorologist for NetWeather, has warned Monday will bring some brief unsettled conditions for much of the UK.

He said before the sunny weather arrives, the southeast may first experience a few showers, with strong winds blasting the west.

By the end of the day, a weather front looks set to move in from the west, bringing spells of rain into the western half of Ireland. 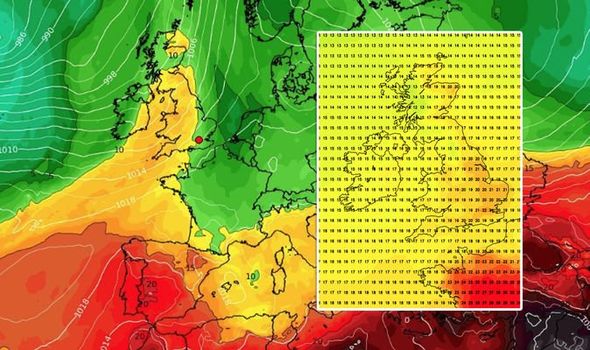 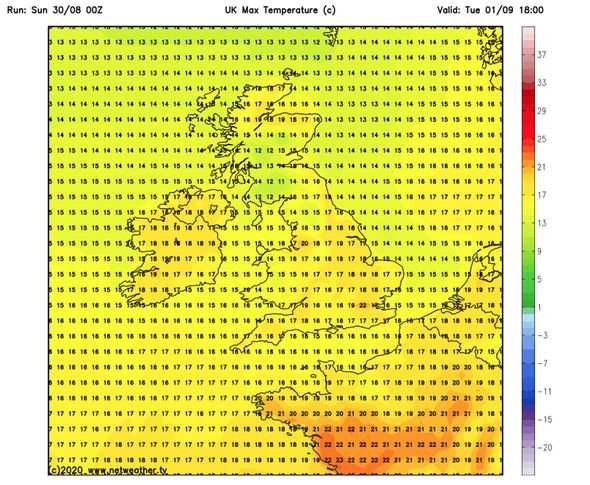 But temperatures look set to improve slightly by Tuesday, as clear skies and sunny intervals look set to cover much of England and Wales.

Weather charts by Netweather show the mercury is expected to rise to highs of 22C in the capital, with the rest of the UK reaching the high teens.

But a northwest-southeast split is expected, with unsettled weather more confined to the northern regions of the UK.

Mr Michaelwaite said: “During Tuesday, much of England and Wales will stay dry with some sunny spells, with any wet weather likely to be limited to the north and west of Scotland, along perhaps with northwest England.” 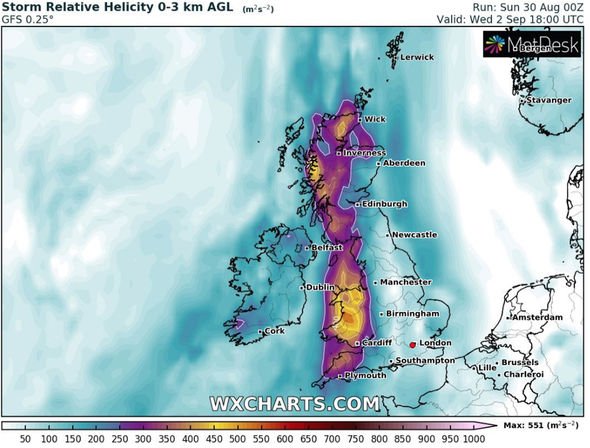 The warmer temperatures will continue through Wednesday, with highs of 20C forecast along the east of England.

But forecasters warn a weather front is set to move in on Wednesday, bringing some rain and strong winds across much of the UK.

Mr Michaelwaite said: “The next set of fronts will have a bit more about them though, arriving from the northwest later on Tuesday before pushing southeast and bringing some rain across all parts during Wednesday.

“It’ll be blustery as well, especially in the north and west with low pressure centred between Iceland and the northwest of Scotland.” 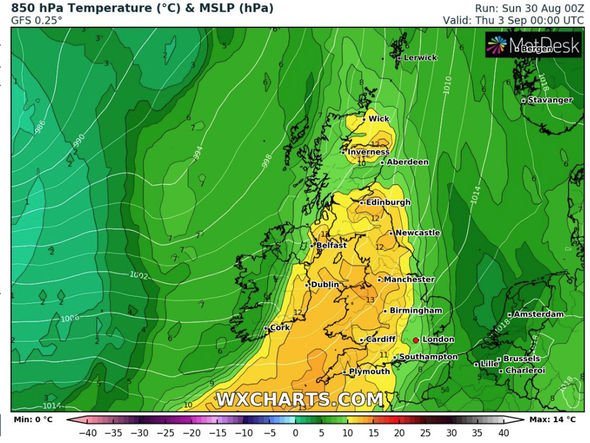 Weather maps by WXCharts show the storm will mostly affect the west of Britain, with the unsettled conditions are depicted by a wave of purple and yellow.

But the rainy weather is expected to move away from the southeast on Thursday, leaving sunny spells.

Weather maps acknowledge this, and show the mercury is expected to reach 22C in the south east on Thursday afternoon, with temperatures reaching the early 20s along other parts of the east coast.

But temperatures will start to drop again from Friday, as the remnants of a hurricane in the USA moves in from the west. 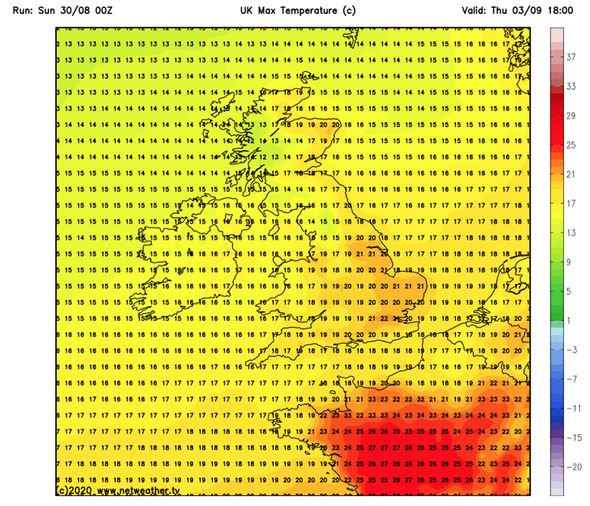 Met Office meteorologist Aidan McGivern said: “We will see a ridge of high pressure around Thursday/Friday, a finer spell of weather.

“Before this low moves in for the end of next week and this could contain the remnants of that ex-hurricane.”

The north west of the UK is expected to see the worst of the weather, characterised by bouts of strong winds and heavy downpours.

Tags: headlines, lifestyle, nat, travel
You may also like
Recent News:
This website uses cookies to improve your user experience and to provide you with advertisements that are relevant to your interests. By continuing to browse the site you are agreeing to our use of cookies.Ok