It comes after snow blanketed parts of Scotland on Thursday. According to WX Charts, snow will again hit Scotland on Friday morning due to the cold temperatures.

Early on Friday morning temperatures could be as low as 1 to 2C in much of Britain with areas in Scotland reaching as low as -2C.

During the day, rain is set to return to the UK bringing heavy showers for some parts.

But the morning will start off fairly dry before the showers come.

Aidan McGivern, Met Office Meteorologist, said: “We start of Friday with dry conditions in the far north, the east of Scotland, much of eastern England, bright even for East Anglia and the south east. 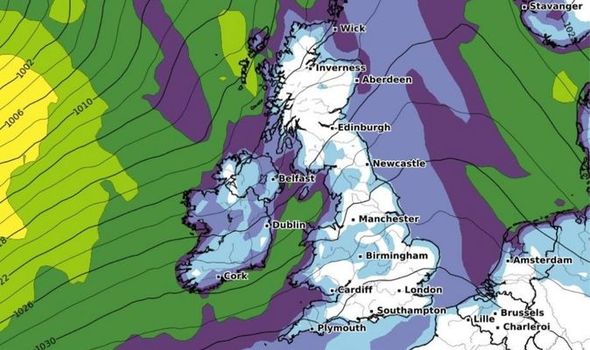 “But a damp start for the west, a breezy start as well. The cloud and rain sweeps across the country so that by lunchtime most places grey gloomy, hill fog, mistiness outbreaks of rain.”

He said: “Cloud will thicken from the west with rain starting to move across into Ireland, and eventually western Britain into the early hours.

“Ahead of it, with clear skies in eastern regions, there’ll be some frost patches in places, but many of these will tend to lift as the night wears on and the cloud encroaches.” 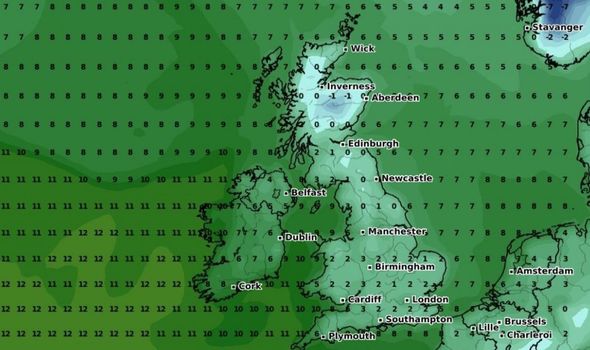 Mr McGivern said the rain will be particularly persistent throughout Friday and the early parts of Saturday in western Scotland.

As Britain heads into Friday, temperatures will make a turn and start rising again after the freezing conditions.

Mr Michaelwaite said: “The rain in the west (along a warm front) will carry on making its way east through the day on Friday.

“It’ll be patchy and showery but with some heavier bursts thrown in – especially up over the higher ground of the west. 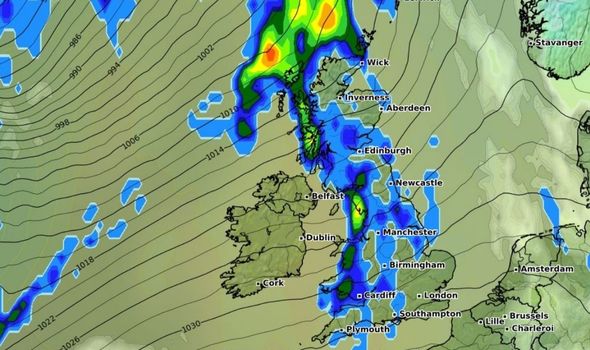 “Behind it, there’ll be a lot of cloud and murk, with some drizzly rain in the west, temperatures will be on the rise too, getting up into double-figures in western and central parts before the day is out.”

The warm weather front will bring with it rain and is said to be connected to a “deep Atlantic low pressure system”, according to Mr Michaelwaite.

The front will carry on moving east through to the weekend.

Mr Michaelwaite added: “It’ll not come too close to the British Isles, as it moves across Iceland during Friday before heading off towards Scandinavia, but another of its fronts will come into play from late Friday onwards.” 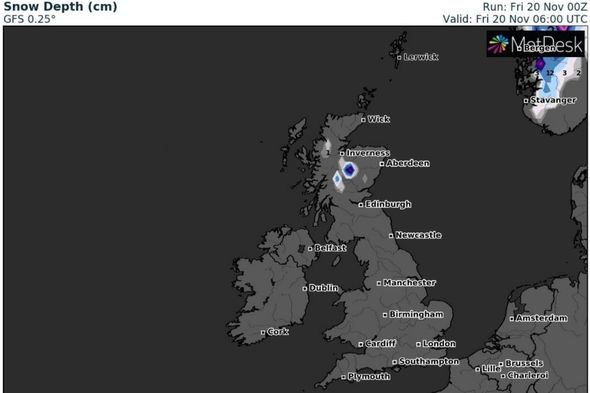 The second front, however, is set to be a cold one bringing chilly temperatures again to Britain.

Mr McGivern said: “Winds really pick up to the north of this cold front across northern Scotland.

“Frequent showers into northern and central Scotland as well as Northern Ireland.”

Snow will again hit the UK on Saturday in Scotland over the mountains.

But in the south there will be some sunshine to start the weekend.

Tags: envir, headlines, nation, science
You may also like
Recent News:
This website uses cookies to improve your user experience and to provide you with advertisements that are relevant to your interests. By continuing to browse the site you are agreeing to our use of cookies.Ok