The UK is also set to be hit by snowfall in just two weeks time following the plummeting weather conditions. On Thursday, temperatures are expected to fall below zero in most parts of the country and could reach as low as -3 in some areas.

A Met Office forecaster told the Mirror: “It will feel much colder for many, with overnight frost from Wednesday and temperatures likely to be slightly below average until the end of the week.”

Weather maps from Netweather show a cold front approaching the UK from the east from 17 November.

The charts show that in the same day there is a 100 percent chance of snowfall in the Scottish Highlands.

Northern England and the Midlands are also expected to see patches of snow, according to the Netweather maps. 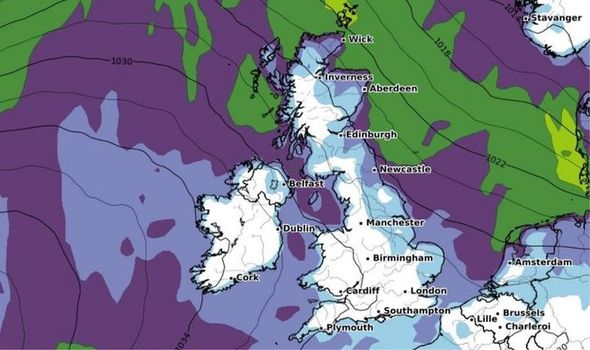 For today, temperatures are forecast to be chilly in the morning which will bring frost in some areas.

Met Office Meteorologist, Alex Deakin, said: “Yes it will be a chilly old start, the touch of frost in a few places but most will be dry and sunny.”

He added that in the early hours temperatures in towns and cities will be close to freezing in some urban areas and “certainly in rural areas”.

He explained that in those rural areas temperatures’ are likely to down below freezing, possibly by a couple of degrees, in a few areas at the start of Wednesday. 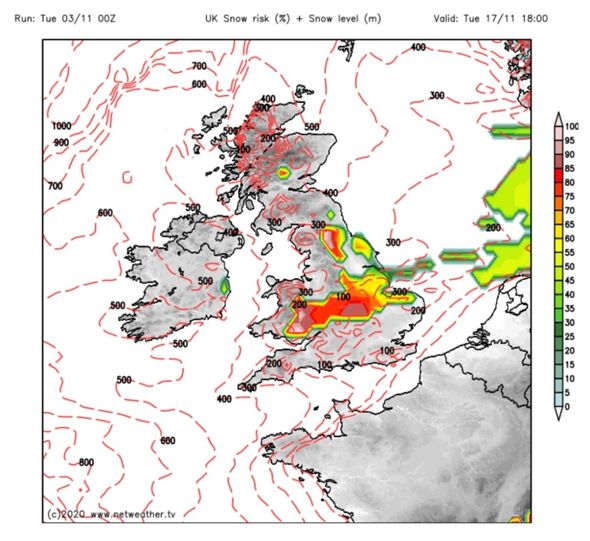 Mr Deakin added: “A touch of frost very likely inland, around the coast it will be a bit milder where there’ll still be more clouds.”

Nick Finnis, Netweather forecaster, has also said there will be frost in the morning on Wednesday.

He added: “After a cold start, frosty in the south, Wednesday will be a generally fine, dry and sunny day across England and Wales as high pressure begins to build in from the west, just an isolated shower risk towards western coasts.

“Scotland and Northern Ireland will also remain mostly dry, but after a bright or sunny start, it will turn cloudier from the northwest, with rain arriving in the far northwest by evening. 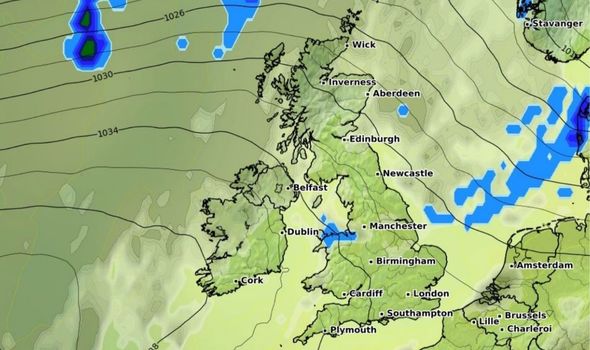 Mist and fog is also expected in the early hours on Wednesday before a generally sunny but cold day commences.

Mr Deakin explained that the fog and mist may take a while to disappear and will bring clouds to northern Scotland.

He said the sunshine in northern Scotland will turn “hazy” and some patchy rain is expected in the area.

As the UK heads into the evening on Wednesday, a thick cloud is expected to come in northern parts of Scotland bringing more rain. 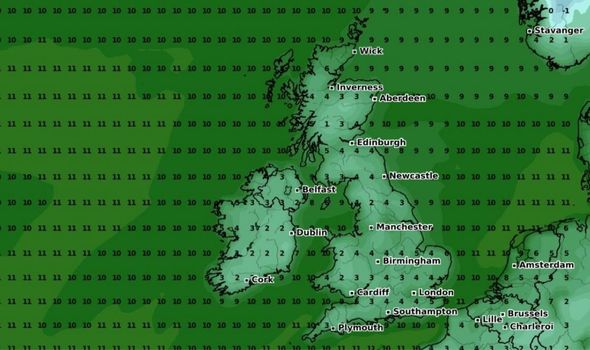 On Thursday more frost is forecast to come due to the continuing cold temperatures.

Mr Finnis said: “Another cold start on Thursday, with a frost likely and also some fog patches across parts of England and Wales at dawn.”

Mr Finnis added: “A dry day for most, with a good deal of sunshine across England and Wales, more in the way of cloud across Scotland, Northern Ireland and far north of England – which may be thick enough to bring the odd bit of drizzle.

“Temperatures will actually be lowest in the south, where they’ll reach 10-11C, in the north, where there will be a brisk westerly breeze, 12-15C.”