Heavy wind and rain across the UK today could cause flooding in some parts of the country, as Environment Agency and Scottish Environmental Protection Agency (SEPA) officials released warnings. A total of six warnings are now in place, stating people face “potential” flooding.

Currently, the Environment Agency and SEPA have issued six flood alerts for the UK.

The English agency has one warning in place for the southwest of the country.

They advise people to “be prepared” as groundwater flooding is possible around the Lambourn Valley catchment.

There groundwater, which rises up from under the earth’s surface, “remain high” at the Northfield Farm borehole. 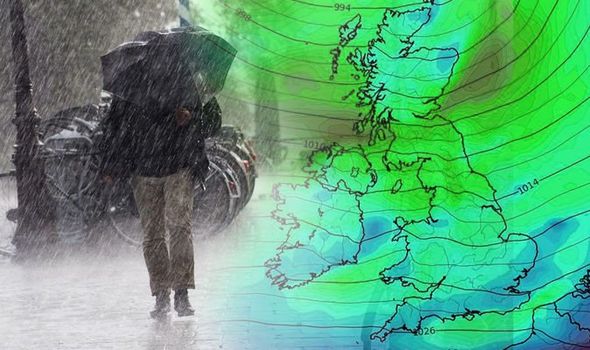 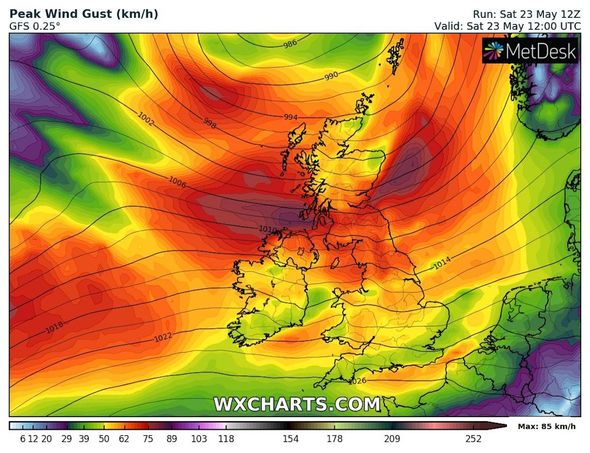 The Environment Agency urges people living under an amber warning to prepare a bag which includes medicine and insurance documents in case they need to leave.

Several parts of Scotland are also under alert from the country’s resident agency.

The SEPA has deployed alerts for the following five areas: 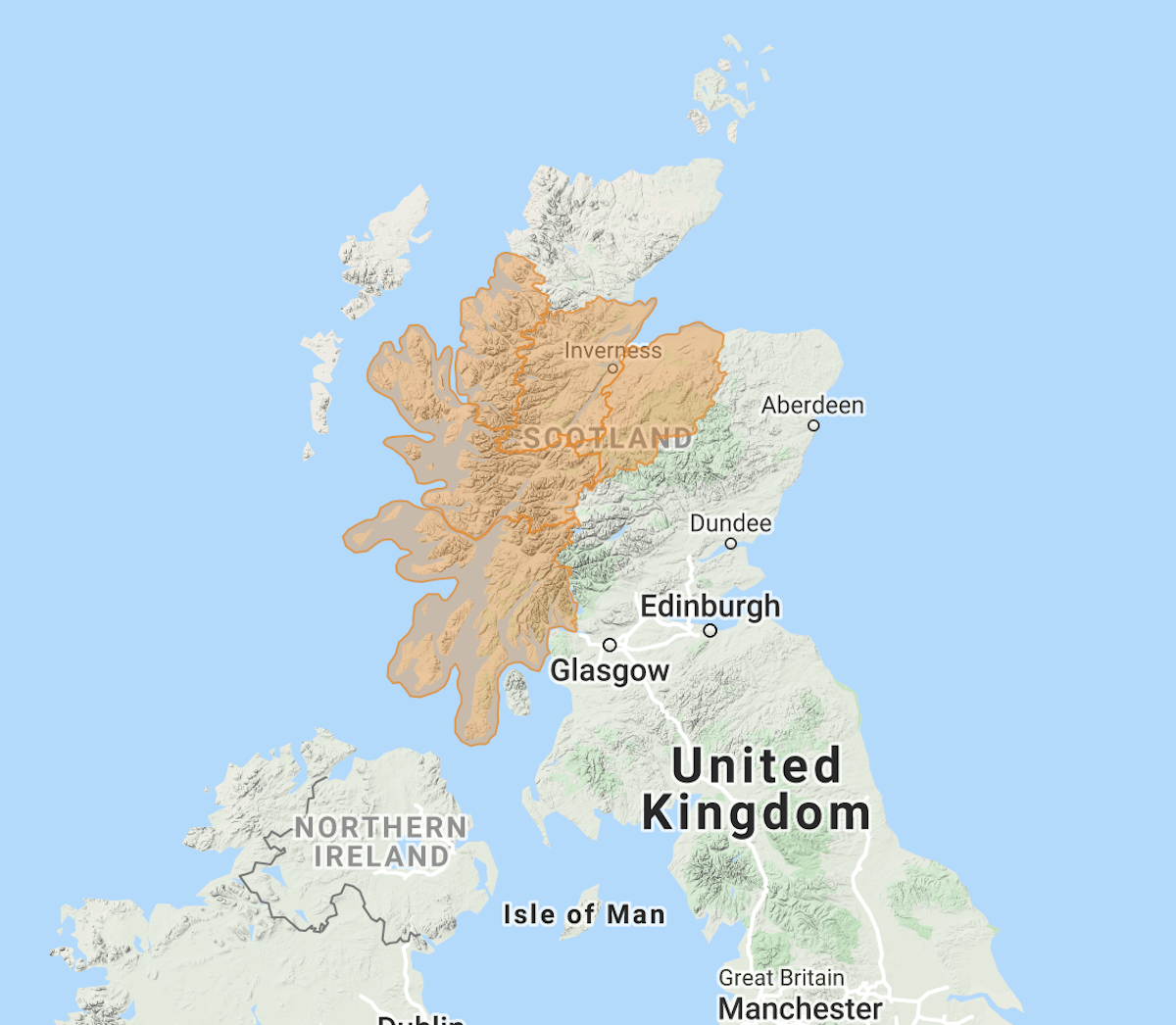 The warnings said: “Persistent and at times heavy rain is expected to affect mainly western parts of the area from late Friday through until early on Sunday morning.

“River flooding from small watercourses is possible and by the end of Saturday some of the larger rivers are likely to be high.”

SEPA advises people under an amber warning to “remain alert and vigilant and make early preparations for potential flooding”. 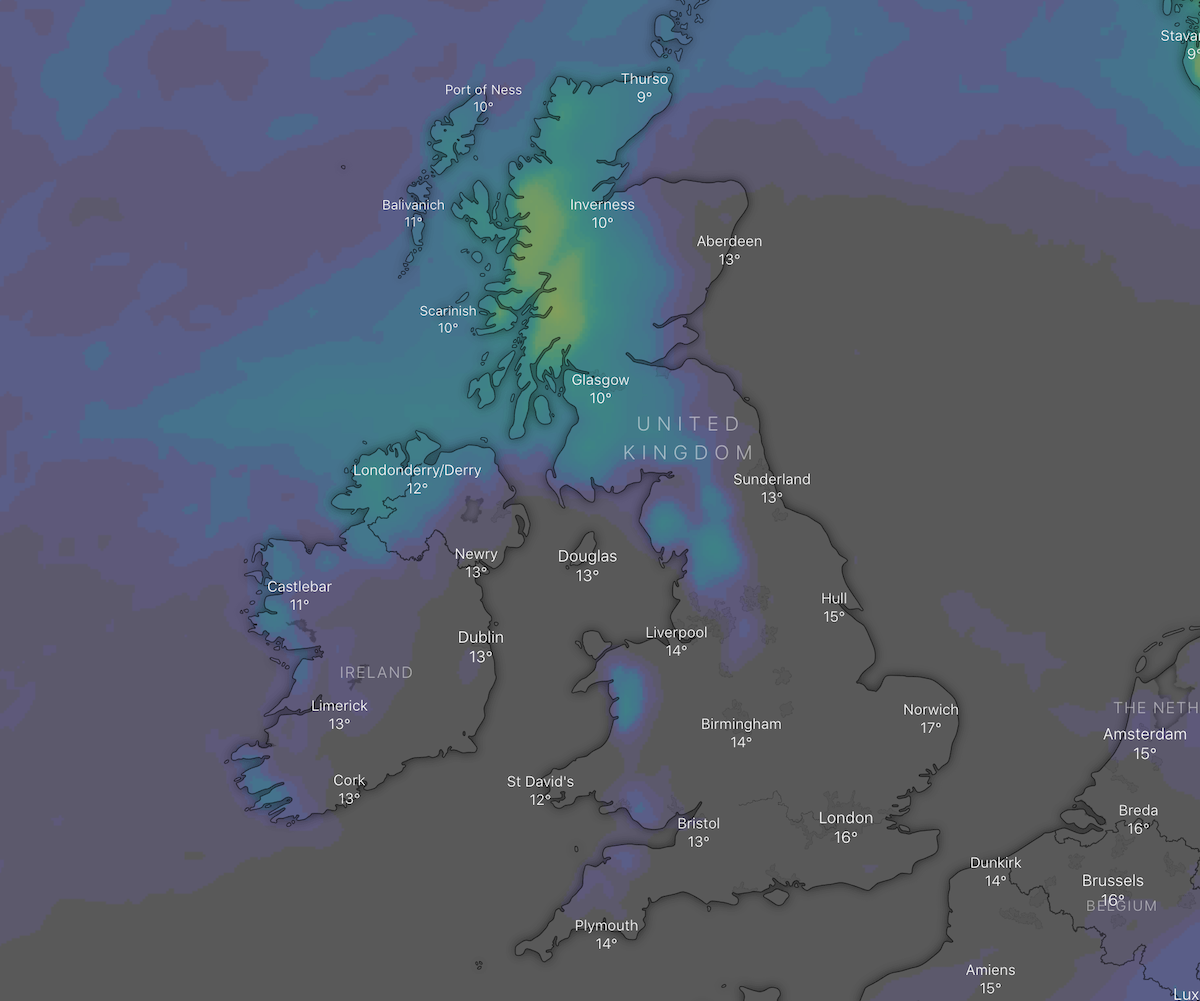 Met Office meteorologist Matthew Lehnert said the blustery conditions were brought on by a roaming low-pressure system which pressed towards the northwest of the UK starting on Friday.

Mr Lehnert revealed northern regions would receive the brunt of any fallout from the system, with gales up to 60mph possible.

He said: “This system will bring a spell of strong winds and a risk of gales to northern and eastern parts of the UK, with gales of 50 to 60mph possible for parts of north Wales, northwest England, Northern Ireland and western Scotland.

“Along with strong winds, some rain is expected followed by showers, heaviest across north-western parts of the UK.”

Unsettled conditions have spread over the rest of the country as well, with London wind speeds climbing to nearly 40mph.

Forecasts predict the country will recover from comparatively low temperatures after the weekend, with the bank holiday on track for highs of 25C in the capital.

Officials have warned people to stay away from beauty spots and avoid crowding despite Government allowances for “unlimited” outdoors activity.