The Met Office has placed yellow weather warnings in some parts of Scotland and the North as up to 20cm of snowfall is expected in the coming days. The Met Office writes: “Snow is expected to arrive from the east overnight Thursday into Friday. Early into Friday morning, this may briefly settle across areas as low as 100m above sea level. Steadily increasing amounts are likely at higher levels; perhaps as much as 15 to 20cm above 400m, significantly affecting higher transport routes fo

A “significant” sweep of snow is expected to fall across the UK from Thursday.

Bitter winds and thundery rain will also be a reality for many Brits as wintery temperatures really start moving in following the mild November. 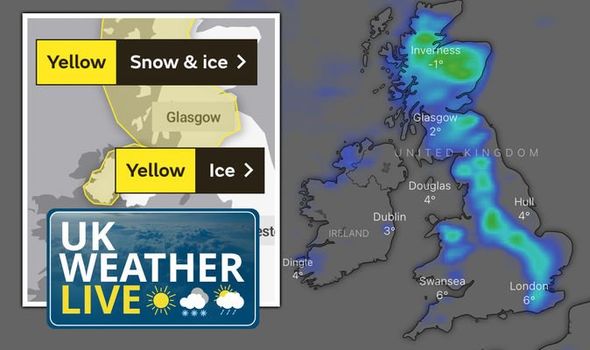 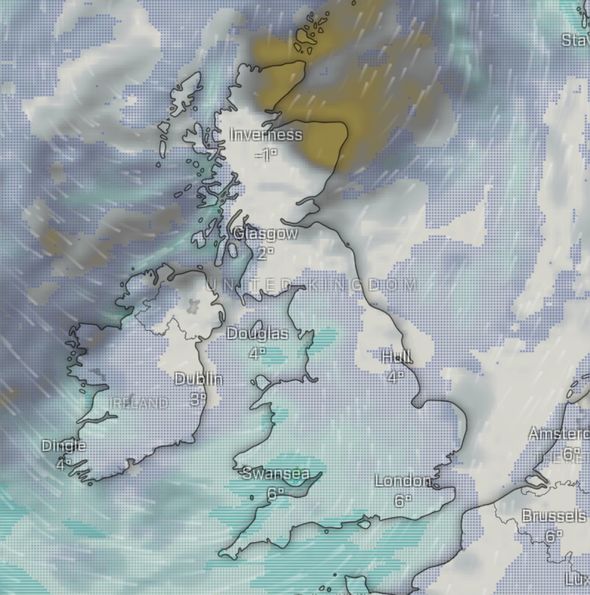 8.18am update – Met Office outlook for today and tonight

The forecast for today and tonight from the Met Office reads: “Wintry showers over Scotland and Northern Ireland increasingly confined to west and north coasts.

“Rain over England and Wales, pushing into east Scotland and northern England later with some snow here, mainly for hills.

“Very cold in the northwest with severe frost in places.”

7.30am update – BBC says weather will be a “real shock to the system”

BBC forecaster Helen Willetts said the much colder weather moving in will be a “real shock to the system” for Brits as snow showers come down “really thick and fast” in the north.

While cloud and rain are the worst further south to begin the day, temperatures will drop low enough for a “smattering of snow” over the Welsh mountains and tops of the Midlands.

Ms Willetts said: “The significant snow will fall further north, and in Scotland at low levels as well as with widespread frost here.

Tags: autoplay_video, headlines, Uk we
You may also like
Recent News:
This website uses cookies to improve your user experience and to provide you with advertisements that are relevant to your interests. By continuing to browse the site you are agreeing to our use of cookies.Ok