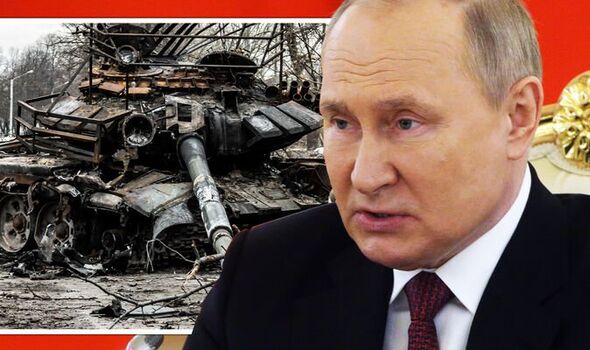 Professor Michael Clarke, a King’s College London war studies fellow has suggested the Russian President is “trying to embalm himself while he’s alive” with the amount of botox he uses. Professor Clarke said of the tyrant: “On October 7, he will be 70. He is known to hit the Botox quite heavily. I always say that he is trying to embalm himself while he’s still alive – he does take a lot of Botox. He moves around with doctors. There’s known to be a little team of doctors who are never far away, and it’s said that he leaves meetings at frequent intervals to go and consult with somebody. I suspect that he’s only a hypochondriac, to be honest.” Professor Clarke’s comments come after growing concern about the President’s mental state after a Russian Telegram channel purportedly run by a Kremlin insider – General SVR – suggested he was unwell with cancer.

The leaders discussed Russia’s “unforgivable blockade of Ukrainian grain” and Mr Johnson said he hoped “progress” could be made in the coming days, a Downing Street spokeswoman said.

Ukrainian grain shipments have stalled since the Russian invasion and ports blockade, which has caused global grain prices to soar and prompted warnings of a food crisis.

Mr Johnson also said the G7 and NATO summits later this month would be an “opportunity to demonstrate the West’s unity and resolve to support Ukraine for the long-term”.

Good morning from London. I’m Tara Fair, I’ll be bringing you all the latest developments on the conflict between Ukraine and Russia. Please feel free to get in touch with me as I work if you have a story or tips to share! Your thoughts are always welcome.