In the film, a member of the Ukrainian 95th Air Assault Brigade is seen using a surface-to-air, shoulder-mounted missile launcher to target a Russian helicopter worth around £12 million. The soldier hides by a canopy of trees and fires at the Russian aircraft flying low to the ground. The missile takes several seconds to reach its target but upon impact the helicopter appears to be hit.

The Ukrainian 95th Air Assault Brigade, based in Zhytomyr, the north west of Ukraine, is a rapid reaction force considered one of the most formidable of the nation’s units.

Using a Martlet missile, named after a mythical bird from English heraldry that never roosts, the brigade soldier takes down a Russian Kamov KA-52 helicopter. The missile is known as a Starstreak in Ukraine.

The Russian helicopter, nicknamed the “Black Shark”, has been described as Russia’s deadliest aircraft.

Worth around £12 million, it boasts a sophisticated battlefield management system that allows it to share data with other aircraft to coordinate attacks. 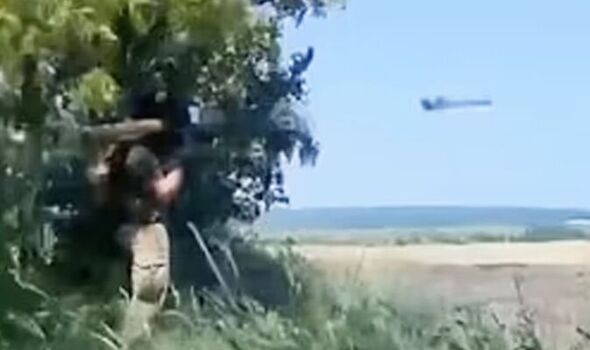 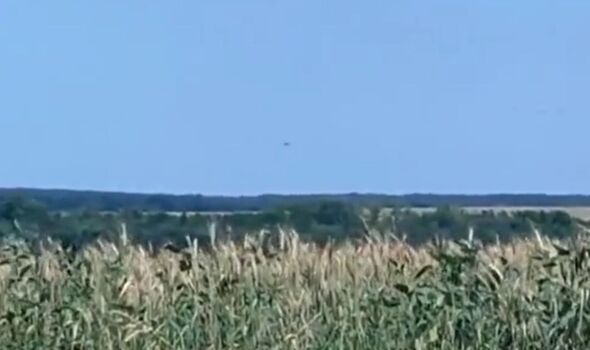 While the footage does not show the state-of-the-art aircraft crashing, Ukrainian defence sources claimed it had been shot down.

Western analysts have said the Russians are taking heavy casualties and running through resources in their offensives in the east.

And the prospect of more Western weapons supplies reaching Ukraine, including long-range missile systems, has made more urgent Moscow’s need to consolidate any gains.

On the diplomatic front, leaders of NATO countries were meeting in the Spanish capital Madrid to thrash out policy in response to what Russia calls its “special military operation”.

German Chancellor Olaf Scholz said members of the military alliance would continue to supply Ukraine with weapons for as long as necessary. 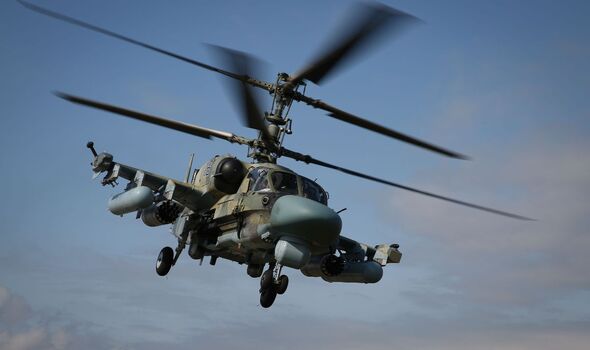 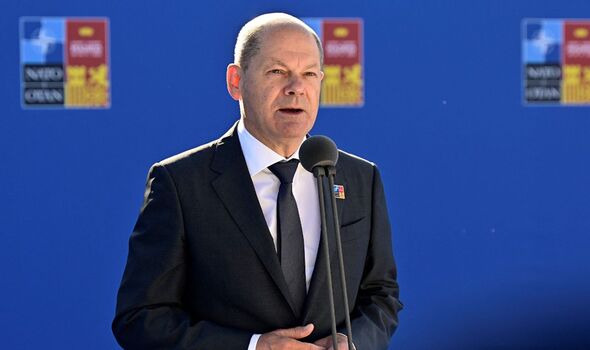 Meanwhile, the mayor of Mykolaiv, Oleksandr Senkevych, said eight Russian missiles had struck the city, including hitting an apartment block.

A river port and ship-building centre just off the Black Sea, Mykolaiv has been a bastion against Russian efforts to push West towards Ukraine’s main port city of Odessa.

The Mykolaiv strike took place just two days after a Russian missile hit a shopping mall in Kremenchuk in central Ukraine, killing at least 18 people. Rescuers were still searching for dozens of missing on Wednesday. 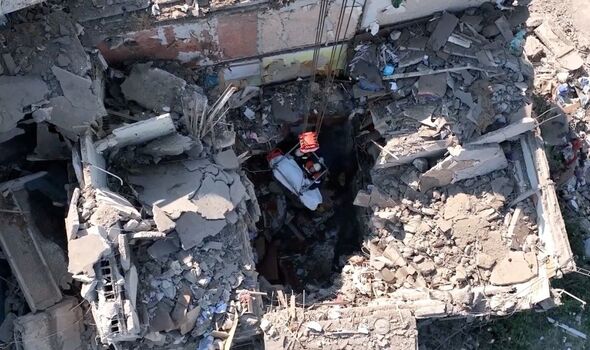 Ukrainian President Volodymr Zelensky’s office said the Russians had also fired missiles at civilian infrastructure in the Sumy region in the past 24 hours, killing two civilians.

Britain’s Ministry of Defence, in its regular assessment on the conflict, said it expected Russia to continue making strikes in an effort to hamper the resupplying of Ukrainian forces on the frontlines.

Ukrainian armed forces commander General Valery Zaluzhny said Russia had fired around 130 missiles on Ukraine within the last four days – an indication of the intensification of attacks.