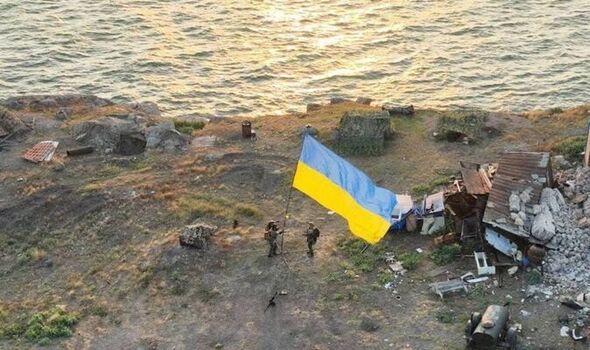 Russian troops had captured the strategic spot on the south-west coast but withdrew last week as a “gesture of goodwill”.

Some analysts have said Russia’s withdrawal could loosen its blockade on Ukrainian ports.

The Kremlin said it was to show it was not obstructing United Nations attempts to open a humanitarian corridor allowing grain to be shipped from Ukraine. But Ukraine said it had driven out the Russian forces after an artillery and missile assault.

Officials yesterday posted footage of defending soldiers raising the blue and yellow flag on the island.

Natalia Humeniuk, a spokeswoman for the southern military command, said: “The military operation has been concluded, and the territory, Snake Island, has been returned to the jurisdiction of Ukraine.”