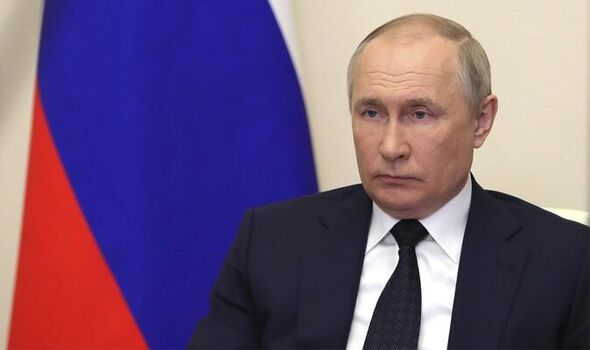 The Foreign Secretary said Russia’s leader has turned to “desperate measures” – after Ukrainian human rights group ZMINA named 39 of the many abductees. Among them are Mykola Masliy, from the Kupyansk Town Council of the Kharkiv region, volunteer paramedic Yulia Payevska, head of the Ivankivka village council in Vyshhorod district Tetiana Svyrydenko, and photojournalist Maksym Levin. Thousands more Ukrainians have been deported to Russia.

The UK is under growing pressure to speed up the processing of refugees’ visas.

The Foreign Secretary said: “Putin continues to use abhorrent tactics. He is not achieving his objectives and is resorting to desperate measures. Putin must fail.”

Meanwhile, the Government has been slammed for its handling of refugee visas.

Samantha Flower applied to sponsor a 17-year-old Ukrainian boy to live with her in Buxton, Derbys. She says delays and bureaucracy mean the lad is stuck in a war zone.

She said: “If he doesn’t make it out alive it’s because the red tape prevented it. He has to wait for a passport to be completed. He had a shell land near his home days ago.”

Some 21,600 visas have been granted to Ukrainian refugees who have family in the UK, Downing Street said.

Labour leader Sir Keir Starmer called the visa system a “DIY package” that is “all over the place”, adding: “Refugees who are supposed to be on their way…still haven’t got visas and clearance.”