Five Ukrainian torture victims were liberated from the makeshift Russian prison as footage shows a group of specialist armed forces breaking through a mine fence and killing the enemy soldiers. Due to the speed and organisation of the mission, the Russian troops were caught unawares by the attack and were quickly overcome. The footage shows the Ukrainian special forces navigating through the building, eliminating the torturers and swiftly freeing the Ukrainian victims.

The narrator of the video said: “This is how the special operation begins. A group of special forces crosses the front line and moves towards a Russian secret torture site.

“The main ‘surprise’ is the booby traps. The building where the prison was set up was surrounded on all sides with mines and stretchers.

“Specialists quickly made a hole in the mine fence and came close to the house.”

The group commander of the operation said: “When we went in, we did not see everything. Everything around this facility was mined and it made the situation difficult.” 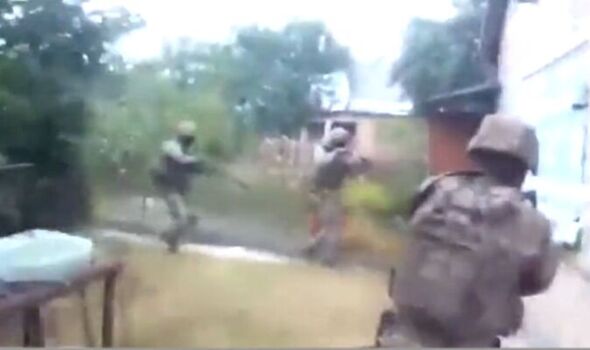 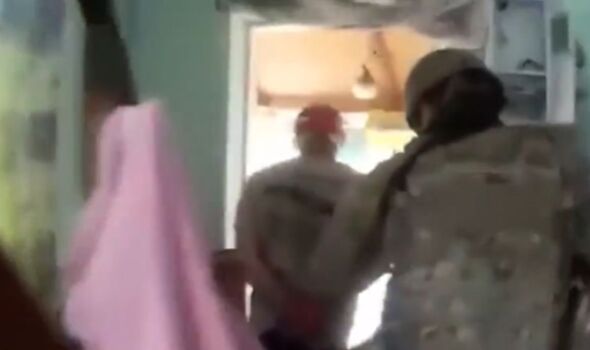 The narrator continued: “The Russian soldier did not have time to realise what was going on.

“The ‘executioners’ inside the house were also quickly eliminated. A few seconds later the freed prisoners were brought out.

“The main thing recovered was the documents of all Russian military who had tortured Ukrainians.”

Asked about his emotions during the rescue mission, the group commander said: “We try not to get emotional during the mission. There’s a mission, there’s an objective, we just had to take it down.” 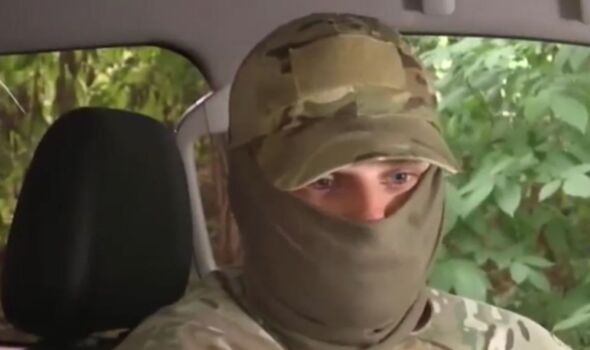 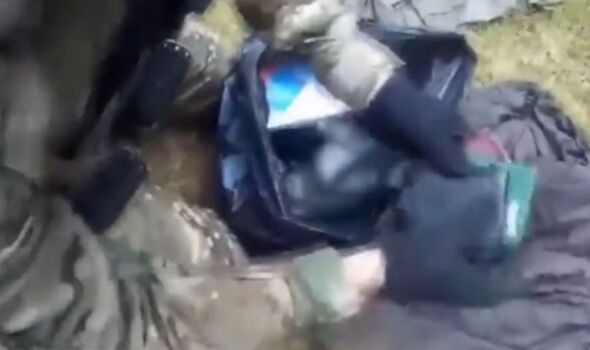 Russia has repeatedly denied accusations of torture throughout their offensive in Ukraine despite reports of several massacres, some of which included Ukrainian civilians.

But while these soldiers were successfully freed, many other troops and civilians have been killed by Russians.

A British aid worker who was detained by Russian-backed separatists in Ukraine and accused of being a mercenary died recently, Russian state news agency TASS reported on Friday.

Paul Urey was captured in eastern Ukraine and charged with “mercenary activities” by separatists in the self-proclaimed Donetsk People’s Republic. 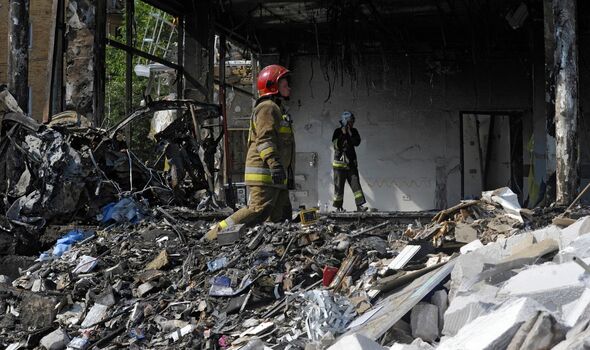 Meanwhile, Russia’s defence ministry denied it targeted civilians on Thursday after multiple strikes in the heart of the Ukrainian city of Vinnytsia reportedly killed at least 23 people, including three young children, one of which was just four-years-old.

Russia’s defence ministry said the missiles had been directed at a building where top officials from Ukraine’s armed forces were meeting foreign arms suppliers.

Russia’s defence ministry said in its daily update: “On July 14, Kalibr (cruise) missiles were launched at the House of Officers in Vinnytsia.

“The facility was hosting a conference of the Ukrainian Armed Forces command with representatives of foreign arms suppliers … The attack resulted in the elimination of the participants.”

Ukraine has denied any military target was hit, saying the attack killed at least 23 people and struck a cultural centre used by retired veterans.