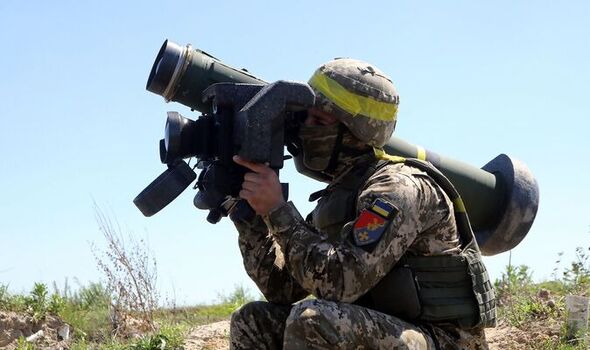 In a coffee shack near my home I spot one behind the glass counter. “We just got these in last Friday,” the barista tells me. The shoulder-fired tank killer has been in service in the US Army since 1996 but has gained true stardom in its use here against the armoured might of the Russian military.

The guelder rose, or “kalina” in Ukrainian, is a red berry that symbolises maiden beauty but is also associated with Ukrainian independence.

“The idea was, first of all, to support the Ukrainian army, and, second of all, to give a boost to public morale,” says Nikolai, owner of Kyiv firm Grand Horeca. The company donates 20 per cent of the income from each chocolate to the army.

The combat confectionary is only in its second week.

“You are actually the first one to contact us,” Nikolai says. Last week they produced 1,600 chocs wrapped in Javelins and will produce as many this week. The slogan is actually from a popular internet meme in Ukraine.

But why the Javelin, I ask. “Because it has contributed so much to Ukrainian victory,” says Nikolai.