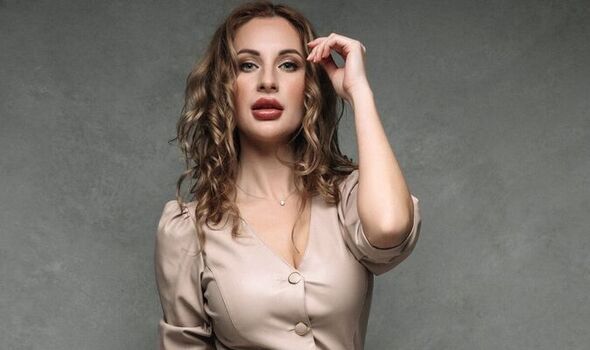 Her life was shattered when she awoke on February 24, the day Russia invaded, to the sound of rockets and explosions, and knew instantly that she had to get her son Platon, then seven, out of the country. She collected the barest of essentials and left shortly before a shell landed nearby, smashing every window in her home and destroying her neighbourhood.

The mother and son survived the long and difficult journey to the Polish border before settling in Prague.

“I just took my son, I packed up and I left,” said Natisa.

“When we were leaving the most important thing for him was that his mummy was with him. He was just a bit confused but he wasn’t scared. I think the realisation has come only now.

“He has grown up a lot, he has matured much more during these six months and it is more than a child should handle.”

Natisa has dreamed of being a singer since she was five and believes she was “born” to be a musician like Madonna.

But she had to flee Kyiv as her music career was taking off.

Now, however, she is releasing the single A Wind of Hope about the terrifying times her country is going through.

Natisa said she believes in fate and is confident she can make a future in Prague. “Right now I can’t plan anything more than six months in advance, it is all kind of uncertain,” she said.

“I still feel though that it was probably fate for me to come here to the Czech Republic and stay.

“I cannot go back to Ukraine right now.”

She added: “I am very proud to be Ukrainian.

“I believe I was born into a very strong nation. I see my people as being positive and that is a strength.

“The song is about hope. Even if it is very, very bad we are still hoping and have to believe in better things.”

Natisa will be releasing A Wind Of Hope in February.