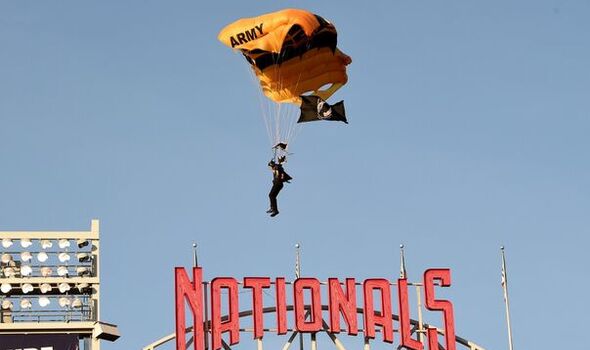 Staff inside the Capitol were forced to evacuate after an alert was issued.

The call comes after Capitol Police revealed they had been tracking an aircraft which posed a “probable threat” to the area.

They said: “The USCP is tracking an aircraft that poses a probable threat to the Capitol Complex.”

“If you are on the Senate side of the Capitol or CVC, in the Hart, Dirksen, or Russell buildings: move NORTH towards Union Station to the Aircraft Intrusion Assembly Area in the parks just prior to Columbus Circle NE.

“Do NOT STOP at your primary assembly area.

“If you are on the House side of the Capitol or CVC, in the Cannon, Longworth, Rayburn or US Botanic Garden (Administrative or Conservatory) buildings: move SOUTH towards Garfield Park.

“DO NOT STOP at your primary assembly area.

“If you are in the Library of Congress (Jefferson, Madison and Adams) buildings: move SOUTH towards Folger and Providence Parks.

“DO NOT STOP at your primary assembly area.

“If you are in Ford, O’Neill, Postal Square, the Senate Pages Dorm/Schools at Webster Hall, the Senate Child Care Center or LOC Daycare Center, remain indoors.”

Capitol Police had said updates would be provided.

However, Capitol Police later issued an update which said: “The Capitol was evacuated out of an abundance of caution this evening.

“There is no threat at the Capitol. More details to come.”