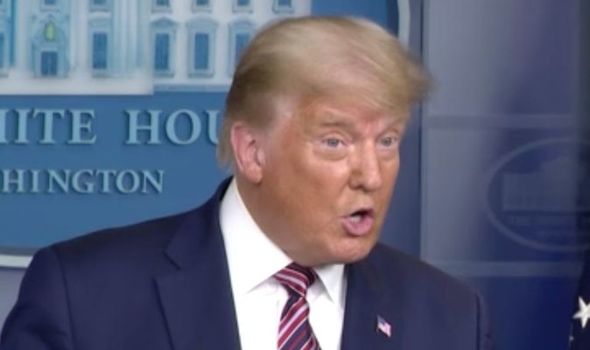 President Trump added that “if you count the illegal votes they can try to steal the election”.

The Trump campaign has already announced it will sue in key battleground states that Joe Biden has won.

“If you count the illegal votes, they can try to steal the election from us.”

President Trump also blasted that there was no Democratic “blue wave” across America.

“We had polls that were so ridiculous and everybody knew it at the time. There was no blue wave that they predicted.”

President Trump and his competitor Joe Biden are both confident they are on the path to win the US election.

Vote counting in still taking place in key battleground states that are expected to decide the winner of the election.