Sheikh Mohammed Kawtharani was branded a global terrorist by the US in 2013 and accused of funding armed groups in Iraq. 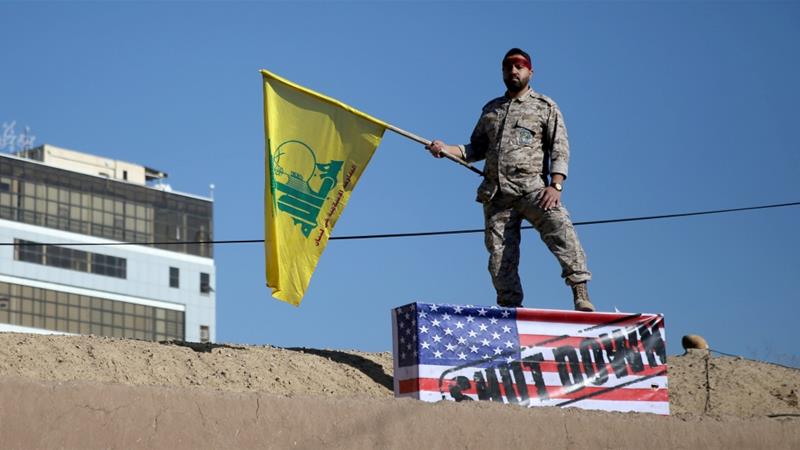 The United States has offered up to $10m for information on Hezbollah commander Sheikh Mohammad al-Kawtharani, who was an associate of slain Iranian General Qassem Soleimani.

Kawtharani was branded a “global terrorist” by the US in 2013, accused of funding armed groups in Iraq and helping transport Iraqi fighters to Syria to join President Bashar al-Assad’s effort to put down a revolt against his rule.

Announcing the reward, the US State Department said Kawtharani had “taken over some of the political coordination of Iran-aligned paramilitary groups” formerly organised by Soleimani, an Iranian Revolutionary Guard Corps commander assassinated in a US drone strike in Baghdad in January.

“In this capacity, he facilitates the actions of groups operating outside the control of the Government of Iraq that have violently suppressed protests, attacked foreign diplomatic missions, and engaged in wide-spread organised criminal activity,” it said in a statement.

The State Department said it was offering the sum for information on Kawtharani’s activities, networks and associates as part of an effort to disrupt the “financial mechanisms” of the Lebanon-based Hezbollah.

The US has blamed Iran-backed armed groups for several attacks on its bases in Iraq.

Reuters reported in February that, according to two Iraqi sources and a senior Iraqi Shia Muslim leader, Kawtharani, for the time being, was seen as the most suitable figure to direct Iraqi militias until a permanent Iranian successor could be chosen, although he did not have Soleimani’s clout.

“Kawtharani has connections with the militia groups,” the Shia leader said. “He was trusted by Soleimani, who used to depend and call on him to help him in crises and in meetings in Baghdad.”

Tags: Hezbollah, Iraq, Middle East
You may also like
Recent News:
This website uses cookies to improve your user experience and to provide you with advertisements that are relevant to your interests. By continuing to browse the site you are agreeing to our use of cookies.Ok