The severe storm system will see an early start to the tornado season, with “intense” tornadoes, large hailstones and damaging winds forecast for the Carolinas and surrounding states. The National Weather Service (NWS) high-level threat covers three million people, with some 45 million under a severe weather warning from the storms.

The warning also added that “other isolated severe storms are possible from southern Ohio into the central Appalachians”.

The warning stated that “all severe hazards are possible”.

These include tornadoes, some of which will be “intense”, damaging winds and large hail. 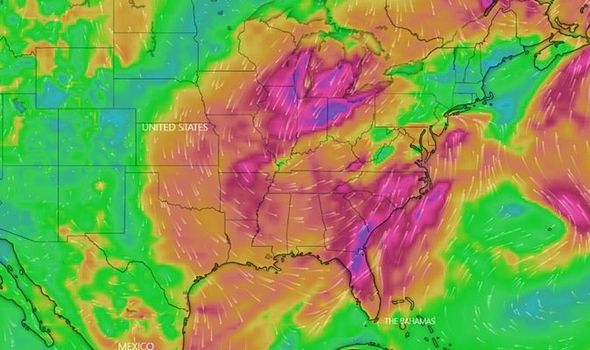 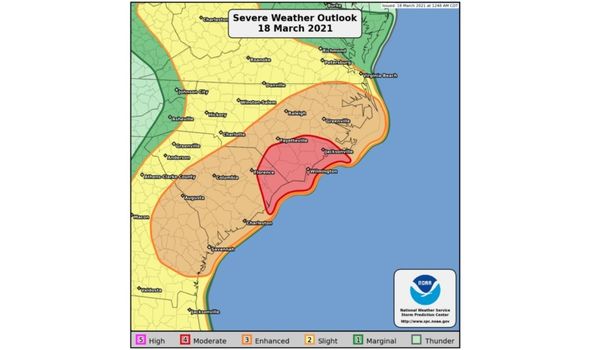 The NWS is warning those affected to stay tuned to NOAA Weather Radio for updates and advising residents to review their safety procedures.

The NWS said: “A tornado watch means that conditions are favourable for tornadoes to form during the next several hours.

“If a tornado warning is issued for your area, move to a place of safety, ideally in a basement or interior room on the lowest floor of a sturdy building.”

The storm system began hitting the US on Wednesday, with long-track, intense tornadoes beginning in parts of Louisiana and Arkansas before being expected to peak at night in Mississippi and Alabama. 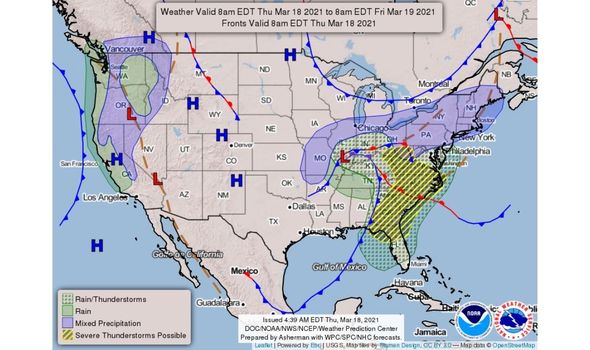 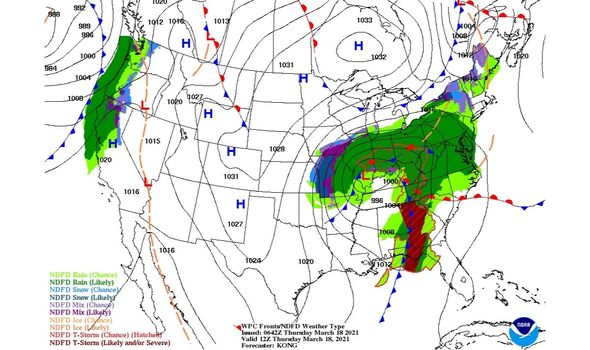 Additional concerns are in place for the intensity of the tornadoes at night, as residents are more likely to be taken by surprise.

On Wednesday, the risk level for tornadoes and severe storms was raised to five, the highest possible level, which is rare, the NWS said.

The last time this risk level was issued was in May 2019, when the central Plains were hit with dozens of tornadoes and flash flooding.

A tornado watch on Wednesday evening for eastern Mississippi and much of Alabama was deemed a “Particularly Dangerous Situation,” or PDS.

This is issued when the forecaster has high confidence that multiple strong or violent tornadoes will occur in an area.

Individual supercells began to develop ahead of the main line of storms from central Mississippi into central Alabama.

This will be the most dangerous part of the outbreak, the centre said, as these storms typically have the greatest potential to produce long-track, intense tornadoes.

The main line of storms is then expected to continue eastward through Mississippi, Tennessee and Alabama through the evening. 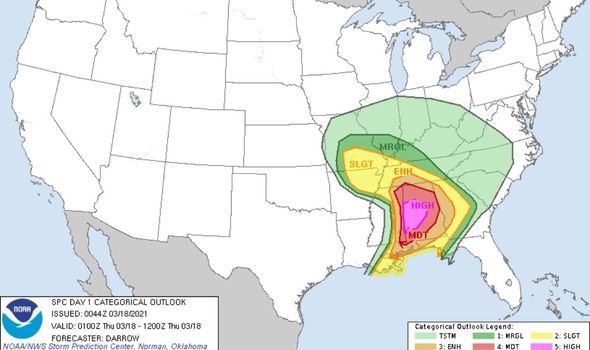 The cells will eventually reach Georgia in the overnight hours and then the Carolinas on Thursday.

The worst of the storms are expected to have passed by Friday.

Elsewhere, the same storm system was also responsible for heavy snowfall through Colorado and Wyoming over the weekend bringing accumulations of up to 65.5cm (25.8 inches), recorded in Cheyenne.

Denver international airport shut down all runways on Sunday due to heavy to moderate snow during the day alongside blustery winds.