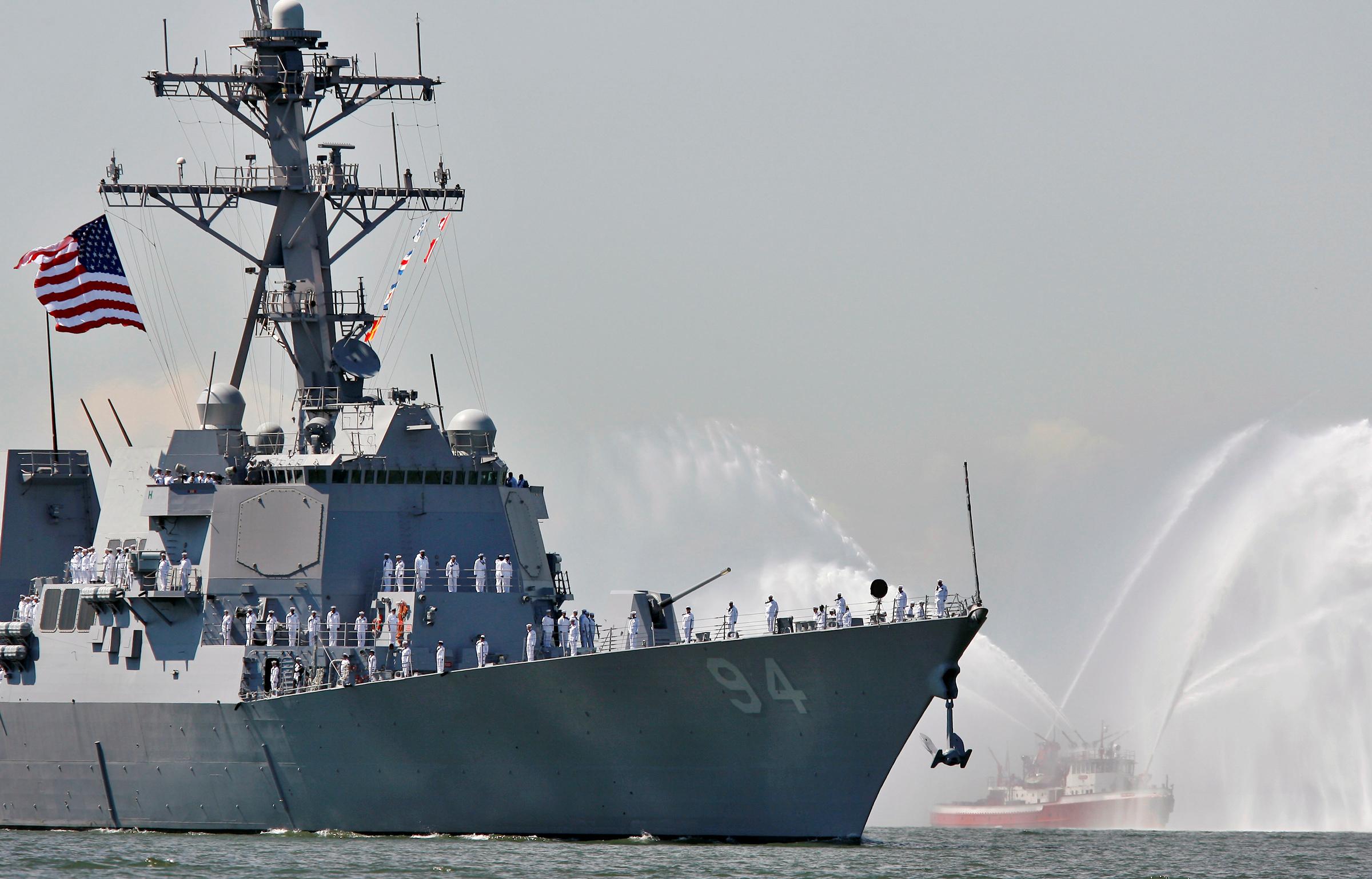 CARACAS (Reuters) – Venezuelan Defense Minister Vladimir Padrino on Wednesday called an incident this week in which a U.S. Navy ship navigated near the South American country’s coast an “act of provocation.”

The U.S. military’s Southern Command on Tuesday said the missile destroyer Nitze conducted a “freedom of navigation” operation off Venezuela’s coast. The Southern Command said the vessel sailed in an area outside Venezuela’s territorial waters – which extend some 12 nautical miles from its coasts – but within an area the Venezuelan government “falsely claims to have control over.”

Padrino said Venezuela was “not offended” by the act by the country’s longtime foe. The United States has imposed sanctions on the OPEC nation’s oil sector as part of its effort to oust socialist President Nicolas Maduro, who has overseen an economic collapse and has been accused by Washington of corruption and human rights violations.

“It is an empty victory,” Padrino said in a speech broadcast on state television, adding that the ship reached 30 miles from the Venezuelan coast. “It is a childish act.”

In a statement, U.S. Army Col. and Southern Command spokesperson Amanda Azubuike said the Navy’s freedom of navigation operations were intended to preserve maritime navigation and access rights around the world.

“This region is no different, and we will continue to exercise our right to contest excessive claims,” Azubuike said.

Washington’s campaign of sanctions and diplomatic pressure have not succeeded in forcing Maduro from power. While President Donald Trump has stated that “all options are on the table” to remove him, U.S. officials have made clear there is little appetite for military force.

Padrino said that any U.S. military ships that entered Venezuela’s territorial waters would be met with an “overwhelming” response from the South American country’s armed forces.

Tags: Amer, Military, US, USA, VENEZUELA
You may also like
Recent News:
This website uses cookies to improve your user experience and to provide you with advertisements that are relevant to your interests. By continuing to browse the site you are agreeing to our use of cookies.Ok