The US President rejected the claims after socialist Venezuelan President Nicolas Maduro said two US citizens had been working with a US military veteran who allegedly claimed responsibility for the foiled operation.

We’ll find out. We just heard about it. But it has nothing to do with our government

Mr Trump said: “We’ll find out. We just heard about it. But it has nothing to do with our government.”

Mr Maduro said authorities arrested 13 “terrorists” on Monday involved in what he described as a plot coordinated with Washington to enter the country via the Caribbean coast and oust him. 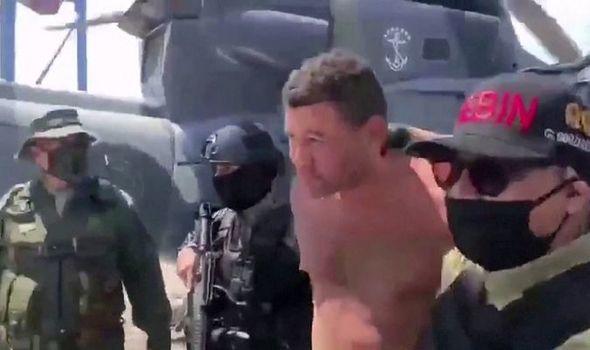 Mr Maduro showed what he said were the US passports and other identification cards belonging to Airan Berry and Luke Denman, whom he said were in custody and had been working with Jordan Goudreau, an American military veteran who leads a Florida-based security company called Silvercorp USA.

The two detained Americans, former special operations forces members who had served with Mr Goudreau, are believed to be in the custody of Venezuelan military intelligence.

The State Department did not provide any immediate comment on the arrests. US officials have strongly denied any White House role in the alleged incursions.

Washington has waged a campaign of tough economic sanctions and diplomatic measures against Venezuela in an effort to oust Mr Maduro, accusing him of having rigged elections in 2018. 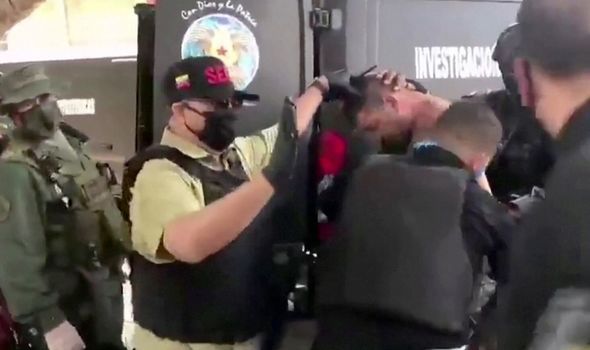 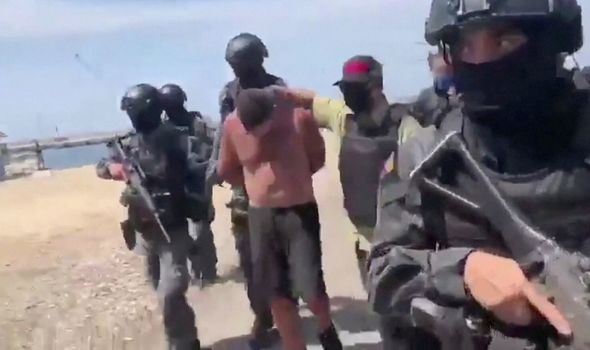 But while President Trump has repeatedly said all options are on the table, his administration has shown no apparent interest in military action as it pursues what it calls a “maximum pressure” strategy against Mr Maduro’s regime.

Since early 2019, the US and dozens of other countries have recognised opposition leader Juan Guaido as Venezuela’s legitimate interim president.

But Mr Maduro remains in power, backed by the military as well as Russia, Cuba and China.

Mr Guaido – branded a US puppet by Maduro loyalists – cast doubt on the government’s version of Sunday’s events.

He insists Mr Maduro was seeking to distract from other problems in recent days, including a deadly prison riot and a violent gang battle in the capital Caracas.

The Venezuelan government, presiding over an economic meltdown, is also struggling to cope with the coronavirus crisis. 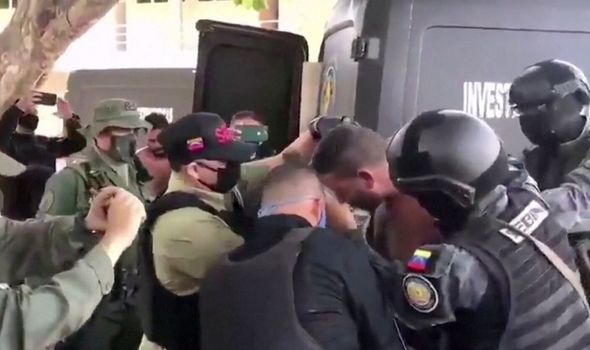 Yesterday’s arrests come after Mr Maduro’s government on Sunday announced it had thwarted a “mercenary incursion.”

Mr Goudreau allegedly released a video identifying himself as an organiser of the operation, alongside dissident Venezuelan military officer Javier Nieto.

He identified one of the fighters as “Commander Sequea,” which appeared to be a reference to Antonio Sequea, who was identified by state television as one of the people arrested.

Tags: autoplay_video, ctp_video, venez
You may also like
Recent News:
This website uses cookies to improve your user experience and to provide you with advertisements that are relevant to your interests. By continuing to browse the site you are agreeing to our use of cookies.Ok