Authorities in Venice are preparing to demand tourists pre-book their visit to the city on an app in a bid to tackle tourist overcrowding.

Airport-like turnstiles are being tested to control the flow of people and, should the number become too high, stop new visitors from entering. 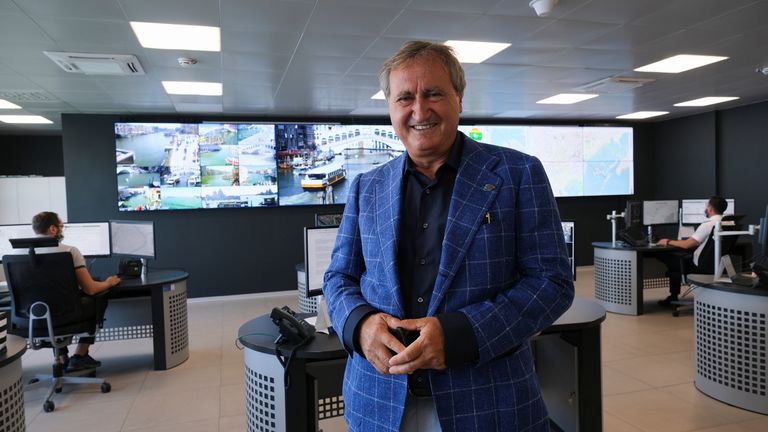 Venice mayor Luigi Brugnaro said his aim was to make tourism sustainable in the lagoon city, which is visited by about 25 million people a year.

“I expect protests, lawsuits, everything… but I have a duty to make this city liveable for those who inhabit it and also these who want to visit,” he told reporters.

City officials have already started tracking every person who sets foot in the city in a bid to tackle the issue.

With a CCTV network of 468 cameras, optical sensors and a mobile phone-tracing system, officials are able to tell residents from visitors and where they are travelling from.

They can also find out where people are heading and how fast they are moving, with authorities updated every 15 minutes on how crowded the Italian city is.

Information on how many gondolas are on the Canal Grande, whether boats are speeding and if the waters rise to dangerous levels are also passed on. 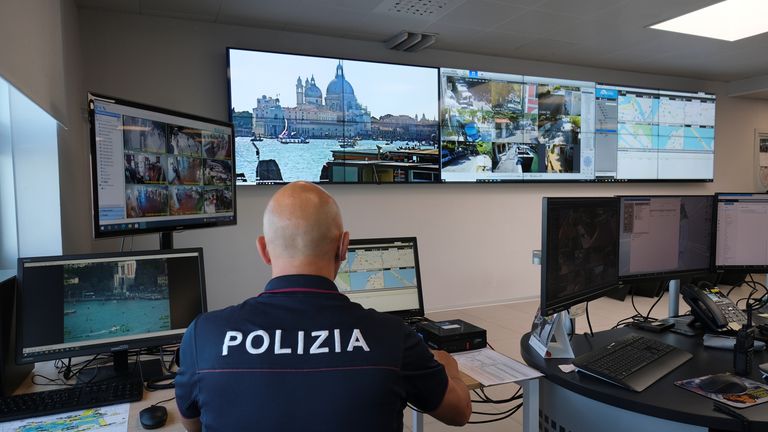 Residents, students and commuters will be exempt from the tourist tax, as will those spending at least one night in a Venice hotel, given they will have already paid the overnight tariff of up to €5 (£4.29) a day.

Mr Brugnaro added that authorities had yet to decide what the maximum number of people in the city should be and when the new rules will be enforced.

They were due to be implemented between next summer and 2023.

The scheme was first mooted in 2019 and then it was postponed because of the COVID-19 pandemic.

The mayor’s plan is the subject of debate, with some worrying it will deter tourists from visiting. 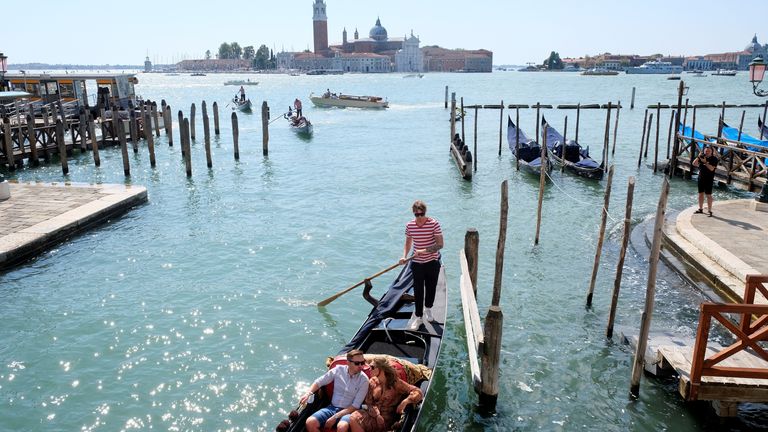 Others, such as 50-year-old Stefano Verratti who sells Murano glass near the train station, backed the idea.

“I have been here for 30 years, and it used to be very different. Before Venice was really romantic,” he told Reuters.

“Now it’s just people rushing to buy a kebab, take a quick selfie on the Rialto bridge, and then rushing to take a train. I don’t know if they really enjoy it.”

A month ago, Italy banned cruise ships from Venice lagoon to defend its ecosystem and heritage, after the United Nations culture organisation UNESCO threatened to put the country on a blacklist for not banning liners from the World Heritage site.

Tags: demand, Pre, TO, tourists, VENICE
You may also like
Recent News: