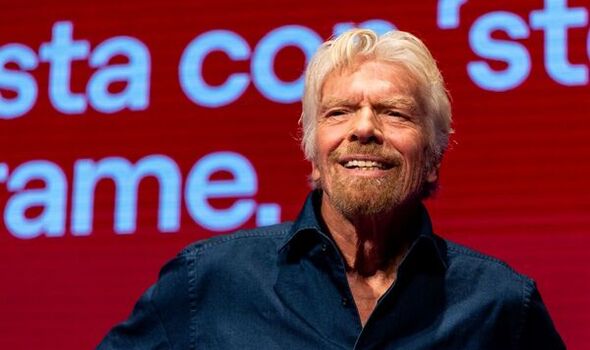 Earlier today, the entrepreneur turned down an invitation from K Shanmugam, the Minister for Home Affairs and Minister for Law in Singapore, to debate the death penalty on live television.

In an open letter posted on his blog, Mr Branson stated: “I have enormous respect for Singapore and Singaporeans and for everything your country has achieved over the last decades.

“It is because of this respect that I feel compelled to speak out when I see things go as horribly wrong as Singapore’s use of the death penalty. And I am not a lone voice raising this.

“There are many Singaporeans, including lawyers, human rights defenders, civil society organisations, and others, who have consistently expressed the same concerns.”

He had previously posted about how he was heartbroken over Singapore’s decision to execute Nagaenthran Dharmalingam after the 33-year-old intellectually disabled Malaysian man was hanged at Changi prison for carrying 42 grams of heroin across the border at the age of 21.

Sir Richard has also previously spoken out about his opposition to both the death penalty and drug prohibition.

In the open letter, he recounted a personal story about his grandfather, who had been a barrister and High Court Judge in the UK before the abolition of the death penalty and had sentenced people to death, saying: “Nearing the end of his life, he said if there was one thing he could undo, it would have been this.”

Singapore had offered to pay Sir Richard’s travel and hotel costs if he participated in the event in response to his criticism of the Nagaenthran Dharmalingam case.

He later stated his reasons for declining the debate by saying, “a television debate – limited in time and scope, always at risk of prioritising personalities over issues – cannot do the complexity of the death penalty any service.”

“It reduces nuanced discourse to soundbites, turns serious debate into spectacle. I can’t imagine that is what you are looking for. What Singapore really needs is a constructive, lasting dialogue involving multiple stakeholders, and a true commitment to transparency and evidence.”

According to the BBC, the government of Singapore has said that the death penalty is a clear deterrent that has helped prevent significant drug cartels from becoming established in the South East Asian country.