UK needs to be ‘cautious’ when dealing with China says Truss

Asked by BBC Breakfast host Charlie Stayt about the threat of China and Taiwan, and how “caution” could be practised while continuing to trade with the Asian hegemon, Ms Truss, 46, said it was imperative the UK were “careful”. She compared the treatment of China to that of Russian President Vladimir Putin, citing the European reliance on Russian oil and gas as having afforded Russia “leverage” over Europe. However, she added that “we should continue to trade with China” but avoid becoming “strategically independent”.

Mr Stayt said: “I just want to ask one more question in relation to China and Taiwan.

“Listening to some of your comments carefully, you have said that we should only deal with people we trust.

“More generally, looking forward, because of what has happened with Russia and the worries about China and Taiwan, do you trust China?

“And if we are talking about doing business with China, and whether we need to think more carefully about how we engage, what if some company is planning on doing a big deal with China?

“How would this work in practice, the caution that you as foreign secretary have talked about?” 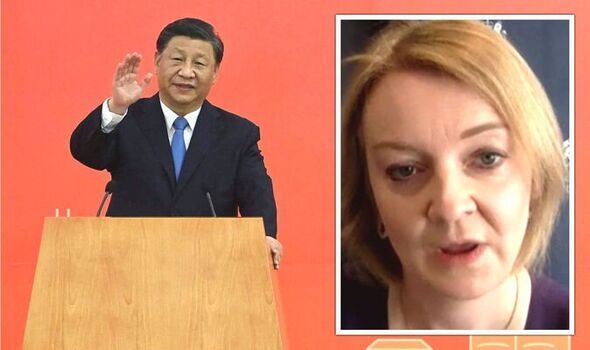 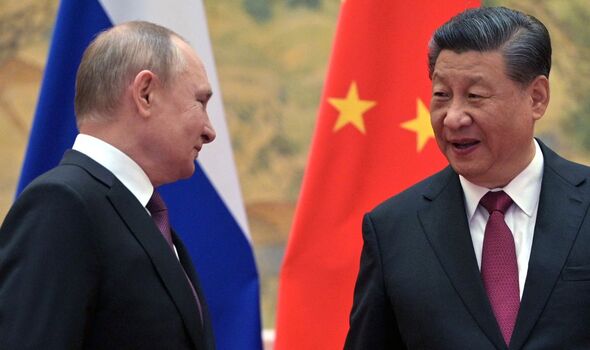 Ms Truss said: “We do need to be cautious in dealing with China. We know that China has used economic coercion against countries, first of all through debt.

“So, investing in developing countries with strings attached and then making unreasonable demands. We all know they have used economic coercion against our allies like Australia and Lithuania.

“And, of course, we should continue to trade with China but we need to be careful not to become strategically dependent on China.

“Because what we have seen is the way that European nations became economically dependent on Russia through oil and gas. That gave Putin leverage over Europe.” 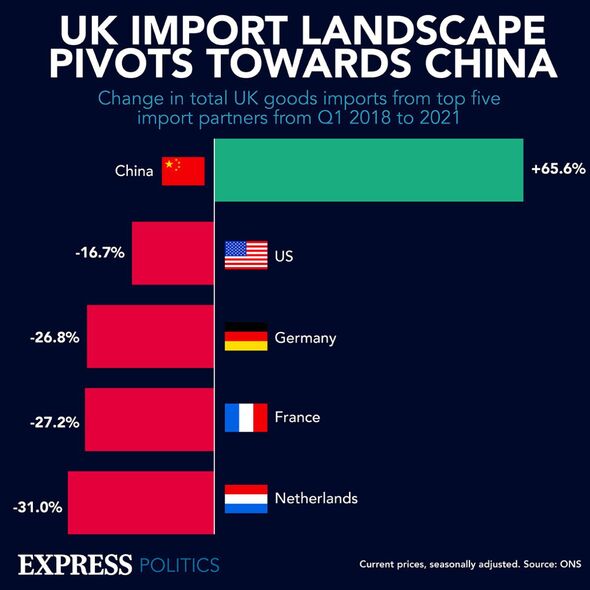 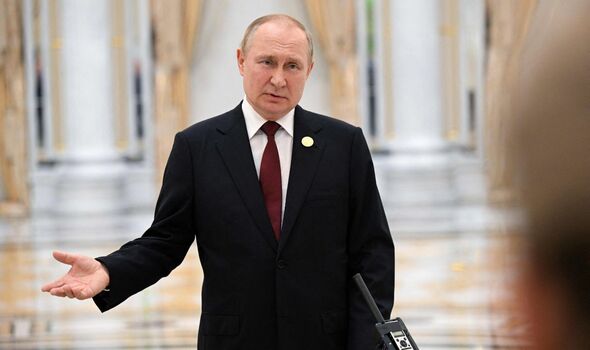 China is Britain’s largest importing partner, according to the latest figures from the Office for National Statistics.

Comparatively, Britain exported £18.8 billion of goods to China, leaving an imbalance of reliance.

The imports of machinery and transport equipment, including items such as laptops and computers, and telecoms and sound equipment which includes mobile phones and smartphones, were the primary importing commodity received from China. 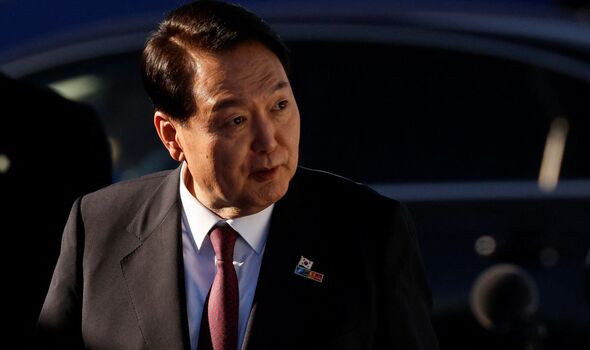 However, China’s nefarious activity in the South China Sea, where it has built, and in some cases militarised, artificial islands, has created tension in the Indo-Pacific region.

Regarding Taiwan, experts have expressed concern that Xi, who has long been interested in reclaiming the island nation, could use Russia’s invasion of Ukraine to initiate his own offensive.

China and Russia have been operating joint military operations in the South China Sea and the Pacific since the invasion of Ukraine.

Speaking at the NATO summit in Madrid, a South Korean official said there were “concerns and various dilemmas about China”, a sentiment echoed by Australia, New Zealand and Japan.