Donald Trump ended his first term as the 45th US president on January 20. His Democratic opponent Joe Biden was sworn in as the 46th President of the United States at midday. But the last days of Mr Trump’s term were shrouded in scandal after Democrats voted to impeach him for a second time after the first impeachment vote in 2019 failed to convict him. But where exactly is Donald Trump now?

Donald Trump’s second impeachment trial began on February 9 with Democrat Jamie Raskin opening the session calling for Mr Trump to be made accountable for the events on January 6 despite having left office.

Mr Trump was charged with “incitement of insurrection against the republic he swore to protect”.

The Democrats claim he is “personally responsible” for the riot at the US Capitol building on January 6 where protesters stormed the building while Congress was meeting to certify President Biden’s election win.

The riot led to the deaths of five people, including a Capitol Police officer.

The Democrats believe Mr Trump should be held to account for the events in the US and the lives lost during the incident. 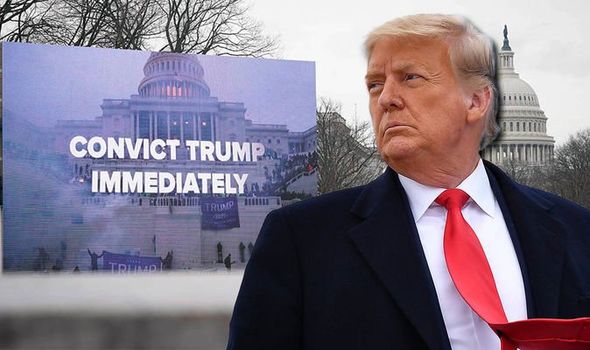 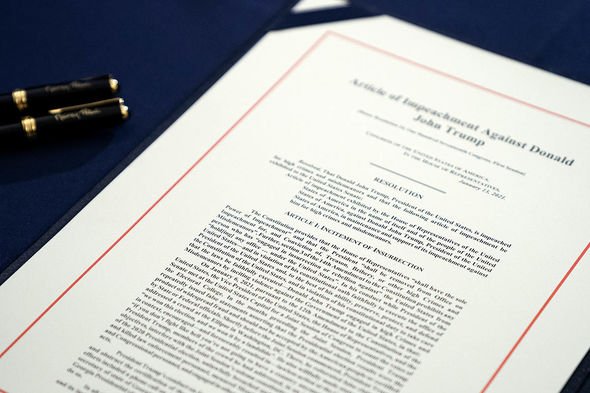 However, Mr Trump’s defence team claim this impeachment is unconstitutional and in violation of his right to free speech.

Mr Trump’s defence lay in the fact that he is now a private citizen, which means “the Senate of the United States lacks jurisdiction over the 45th President because he holds no public office from which he can be removed”.

Impeachment is generally used to remove a lawmaker from office, but it has also been used in the past to convict government officials who have already left office.

The Senate could also vote to ban Mr Trump from ever running for any public office again. 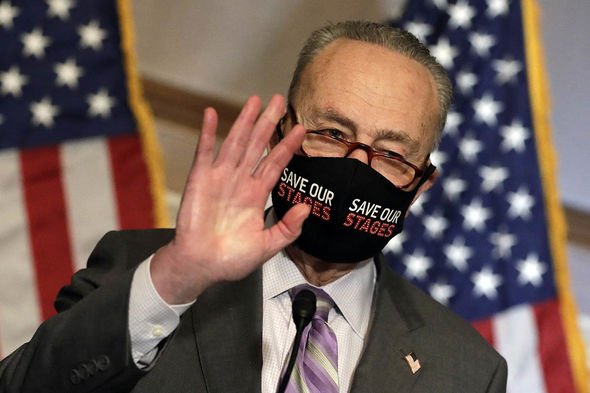 The impeachment trial began in the US with a statement from lead impeachment manager Democrat Jamie Raskin.

He said: “An invitation to the president to take his best shot at anything he may want to do on his way out the door including using violent means to lock that door, to hang on to the Oval Office at all costs and to block the peaceful transfer of power.

“In other words, the January exception is an invitation to our founders’ worst nightmare.”

Clips from the day of the Capitol riots were then shown to senators, beginning with Mr Trump’s speech and including visuals of the rioters breaking into the building and fighting with Capitol police. 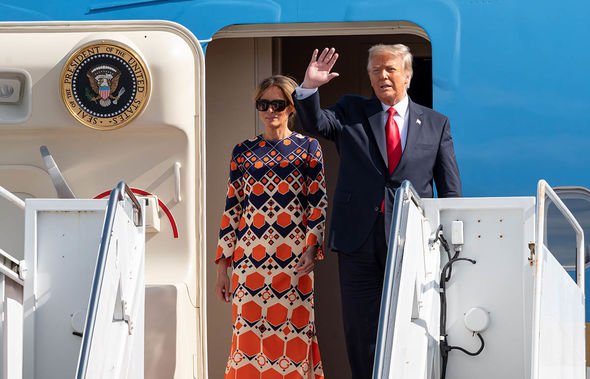 President Joe Biden is reportedly not watching the trial.

“Children are going to bed hungry. A lot of families are food insecure.

“They are in trouble. That’s my job.

“The Senate has their job … and I am sure they are going to conduct themselves well.” 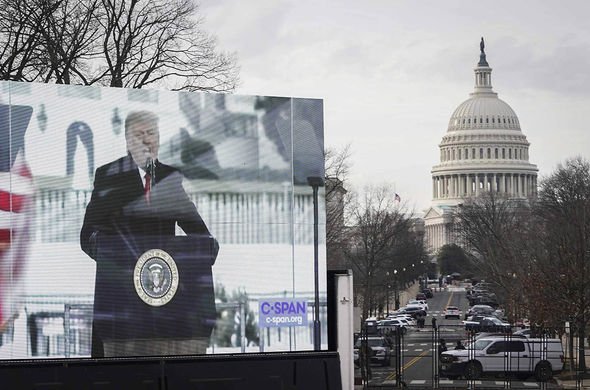 But where is Donald Trump now?

Donald Trump does not have to be present during the proceedings of his impeachment trial.

Instead, Mr Trump is at his Mar-a-Lago club in Florida, where he has lived since leaving the White House last month.

The former US president declined a request to testify at the proceedings and is therefore not expected to attend the impeachment trial in person.

By the end of the session on February 9, both sides are expected to decide if the trial is constitutional and should proceed.

If the session is considered to be constitutional and continues, opening arguments will begin around 5pm GMT on Wednesday.

The prosecution will then have 16 hours to make their case, over two days.

The Defence will then have 16 hours spread over two days to make their case – this session is not expected to begin until February 12.

The House may opt to sit on Saturday and Sunday to speed up the process.

By Monday, February 15, each side is expected to have finished their arguments and will then face four hours of questions from Senators.

Each side will make closing statements on February 16 before the Senate likely votes on the article of impeachment on February 17.

A two-thirds majority is needed for a conviction.