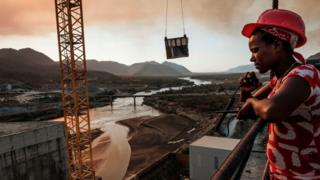 The polite diplomatic façade was maintained but the words of the Egyptian and Ethiopian representatives revealed a belligerence that was hard to disguise.

The social distance that the participants observed underscored the diplomatic gulf.

It is a gulf that threatens to sweep up the populations of the two countries into a nationalist fervour and mutual distrust.

The Gerd, which sits on the Nile’s main tributary, is upstream of Egypt and has the potential to control the flow of water that the country almost entirely relies on. 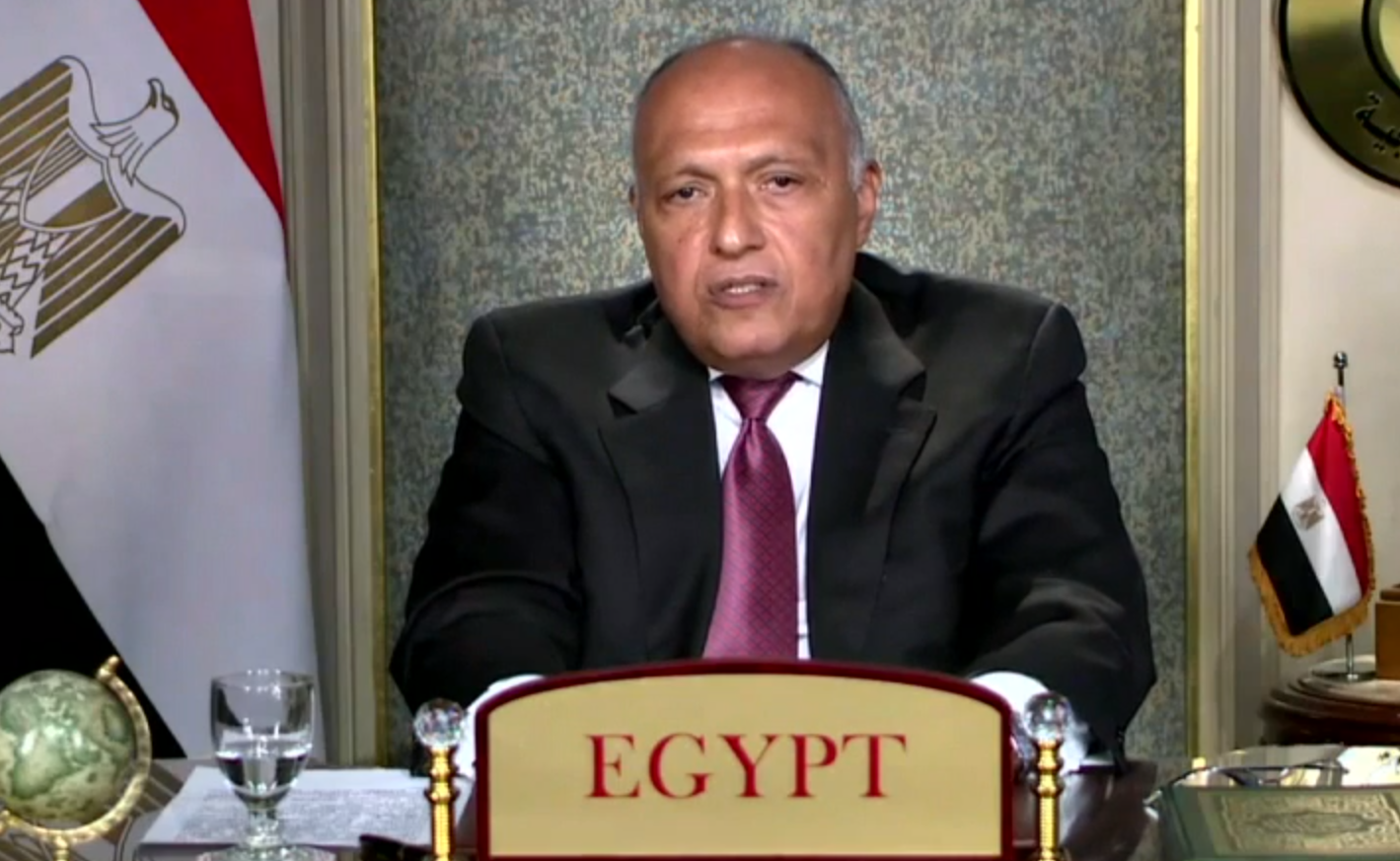 It also will be, when fully operational, the largest hydro-electric plant in Africa, and projected to provide power to 65 million Ethiopians, who currently lack a regular electricity supply.

The construction, which began in 2011, is almost complete.

For the Egyptian and Ethiopian representatives at the UN meeting, the very existence of their countries was at stake.

“A threat of potentially existential proportions has emerged that could encroach on the single source of livelihood of over 100 million Egyptians,” the country’s Foreign Minister Sameh Shoukry said.

Using similar language, Ethiopia’s UN ambassador Taye Atske-Selassie countered: “For Ethiopia, accessing and utilising its water resources is not a matter of choice, but of existential necessity.”

When to fill up the dam

The rhetoric may disguise that after nearly a decade of talking, the two countries have managed to agree on a lot of things, but the crucial questions of how and when to fill up the dam, and how much water it should release, remain unresolved.

Years of bilateral and multilateral talks, expert commissions, an agreed Declaration of Principles between Egypt, Ethiopia and Sudan, the third country affected, have still not settled these basicissues.

And now we are at a point where Ethiopia says it will unilaterally start filling up the dam in the next few weeks to coincide with the rainy season. It is a process that is expected to take up to seven years.

For Ethiopia, the construction and filling of the dam are not two separate events, one of the country’s negotiators Zerihun Abebe told the BBC.

“The Egyptians tried to confuse the international community” by suggesting that they are different things, he added, and argued that the 2015 Declaration of Principles allowed for Ethiopia to go ahead.

But this is not how Egypt sees it.

After the United States and the World Bank got involved late last year but failed to get Ethiopia to sign up to a document agreed with Egypt in February, the African Union (AU) has now said it will try and find a solution.

If the words of Egypt’s foreign minister are anything to go by then a deal is urgently needed.

“The unilateral filling and operation of this dam without an agreement that includes the necessary precautions to protect the downstream communities… would heighten tensions and could provoke crises and conflicts that further destabilise an already troubled region,” Mr Shoukry warned.

For its part, Ethiopia said it wanted to negotiate under the auspices of the AU, rather than the UN, but blamed Egypt for its “intransigence and its insistence on historic rights and current use”.

Those rights, as far as Egypt is concerned, go back to at least 1929, when the British government recognised the “natural and historical right of Egypt to the waters of the Nile”. It also granted Egypt veto rights on any projects upstream.

Then in 1959, Egypt and Sudan signed a deal in which the two countries agreed to share the Nile’s resources, with Egypt taking the biggest volume. No reference was made to any of the other nine countries in the river’s basin, including Ethiopia, the source of the Blue Nile.

The tributary, which merges with the White Nile in Sudan’s capital, Khartoum, provides around 80% of the total flow of the river and Ethiopia sees it as a “historic injustice” that it is unable to take advantage of this natural resource, Mr Zerihun said.

If Ethiopia agrees to allowing a specific volume of water to flow to Egypt every year then this will “confirm a colonial privilege of the most downstream country, Egypt. It’s like neo-colonialism and that is unacceptable,” he added.

In essence, what Ethiopia is accusing Egypt of is wanting to maintain the flow that was guaranteed in 1959.

Ethiopia says that in the second year of filling it will release a minimum of 31 billion cubic metres through the Gerd, but beyond that it cannot be tied to a specific number.

Explore the Nile with 360 video

Join Alastair Leithead and his team, travelling in 2018 from the Blue Nile’s source to the sea – through Ethiopia and Sudan into Egypt.

This 360° video is a version of the first VR documentary series from BBC News. To view the full films, click here.

Maintaining the flow of a set volume of water to Egypt regardless of the rainfall pattern could mean that the Gerd will stop functioning during prolonged droughts.

While Egypt is alarmed by the prospect of not knowing how much water it is going to receive.

Nations united over the dam

The generation of so much heat after nine years of negotiations may reflect the fact that this is the diplomatic end-game rather than an unbridgeable gap and things will soon cool down.

But both Egypt’s President Abdul Fattah al-Sisi and Ethiopia’s Prime Minister Abiy Ahmed also have domestic political considerations and populations who have become heavily invested in the issue.

In Ethiopia’s case, people have literally invested in the dam. The $4bn (£3.2bn) cost of the project has been partly met by persuading Ethiopians at home and abroad to lend the government money by buying bonds.

While Mr Abiy faces political challenges that have dented his support, the Gerd is an issue that people can rally behind.

Some have taken to the video-sharing platform TikTok to illustrate the issues with cups and jugs of water. One that has been widely viewed shows a woman with a jug, representing Ethiopia, pouring water into two small cups and saying that her country is in control.

Egyptians have made their own videos, with one suggesting that the dam is vulnerable to attack.

In general, Egyptian media have been supporting the government in the talks over the dam, with some outlets accusing Ethiopia of being uncooperative during the crisis.

While the media in the two countries may want to up the stakes, it is the job of diplomats to try and calm things down.

It is still not clear, however, that those involved in the talks are doing this.