Belarus is facing one of the biggest political crises in its post-Soviet history, after its presidential election triggered widespread protests.

But as the main opposition candidate has fled the country, exactly what are its citizens protesting about, who are the main figures in the story and what has driven the growing discontent?

Why are people protesting?

The current demonstrations are primarily in response to the official result of Sunday’s election.

According to the official central election commission, longstanding leader Alexander Lukashenko won 80% of the vote – a result rejected by the opposition.

The Organisation for Security and Co-operation in Europe (OECD) has not recognised any elections in Belarus as free and fair since 1995, and had previously said it would not be monitoring the 2020 vote because it had not invited to do so.

Demonstrations demanding free and fair elections grew in the days leading up to the ballot.

According to the European Union’s diplomatic service, the election night “was marred with disproportionate and unacceptable state violence against peaceful protesters”.

It said in a statement: “This reportedly resulted in the loss of life of one citizen and many others have been injured.”

This fuelled the protests further – with opposition leaders saying demonstrators are ready for long-term action, and offering to hold talks with authorities about how to bring about a peaceful power transition.

While he has not responded to that specific offer, Mr Lukashenko has said he will not allow a revolution, or run away.

Where are they protesting?

Demonstrations have taken place throughout Belarus.

While the largest protests have been held in Minsk, people have also taken to the streets of cities including Brest, Mogilev and Vitebsk.

Who are the key players? 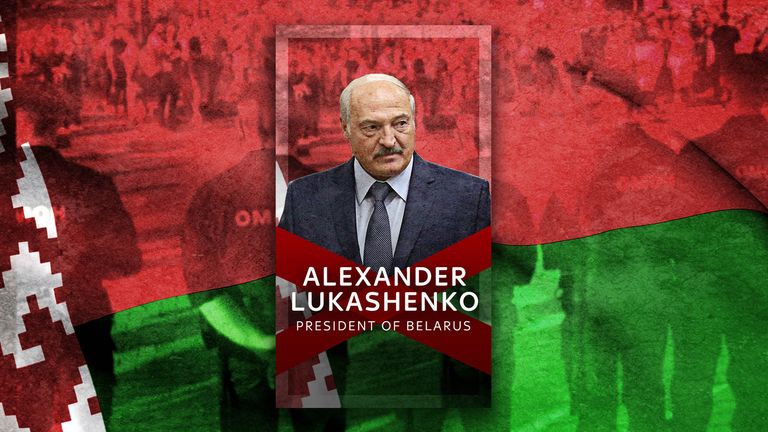 The former Soviet collective farm manager has ruled Belarus since 1994 and is the main focus of the demonstrations after winning a sixth term in office.

Now 65, he seeks to present himself as a guarantor of stability, claiming the state looks after most of its 9.5 million people’s needs in the same way as the Soviet Union did.

Previously described by Washington as Europe’s last dictator, he has faced regular criticism from the West over human rights abuses, something he denies. 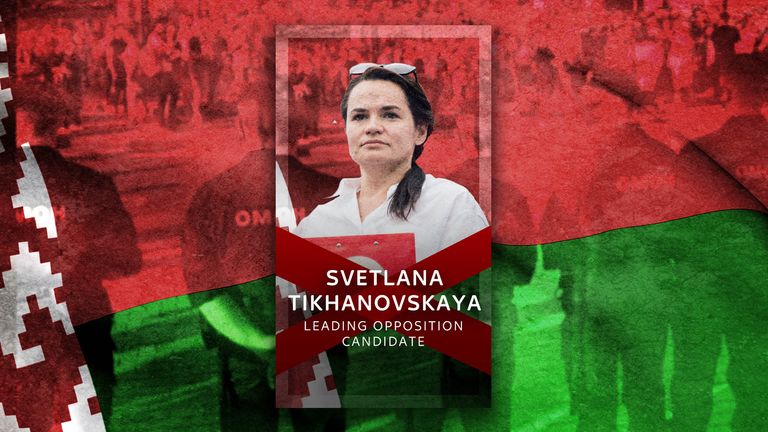 The 37-year-old became the leading opposition candidate in Sunday’s election, after a number of other prominent candidates were barred.

She is the husband of one of those men, Sergei Tsikhanouski, and entered the race after he was arrested in May.

While she fled the country to Lithuania in the wake of the vote on Sunday, Mrs Tsikhanouskaya has managed to unite fractured opposition groups and draw tens of thousands to her campaign rallies

The 41-year-old rose to prominence as a key opposition figure through his “Country for Life” YouTube channel, which has built up more than 277,000 subscribers since its launch in 2019.

He was detained by authorities early in May, just before announcing on his channel that he planned to stand in the presidential elections.

Days later, dozens of his supporters held a demonstration in the city of Babruysk to protest the Victory Day Parade staged in Minsk despite the COVID-19 pandemic.

The banker and philanthropist announced his intention to also stand in the election on 12 May.

Having gathered significant support over the following two months, he was first detained on criminal charges before being denied registration as a candidate in July.

Along with other opposition candidates imprisoned in the run-up to the vote, the 56-year-old is recognised by Amnesty International as a prisoner of conscience. 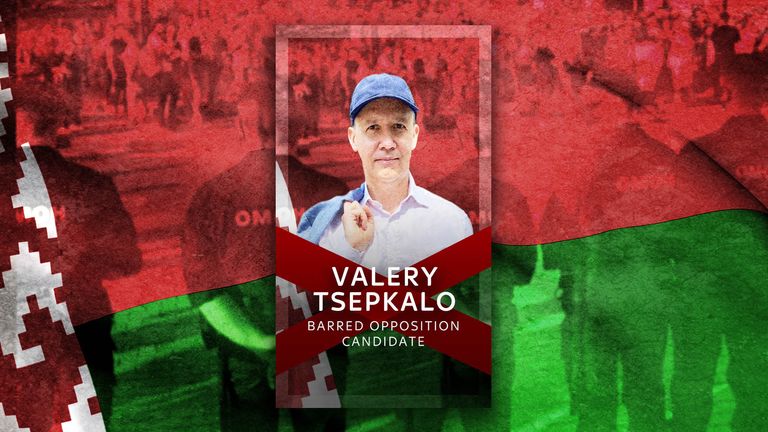 The tech entrepreneur and former diplomat previously served as ambassador to the US and to Mexico.

He also announced his planned candidacy in early May, before being barred from the process. He fled to Russia with his sons in July amid reported threats he also faced prosecution. The Russian president has cast a considerable shadow over affairs in Belarus.

While he has been a longstanding supporter of Mr Lukashenko, relations cooled in the run-up to presidential election and some commentators believe he is keen to exploit turmoil in the country to expand his influence in the region.

The arrest outside Minsk of 33 alleged mercenaries from the Russian private military company Wagner in early August has added to intrigue around the country’s role. The foreign minister in Lithuania – where Ms Tsikhanouskaya has fled to and where her children were already located – has been a vocal critic of Russia over Belarus.

He has accused Moscow of taking advantage of the situation to draw Minsk closer into its orbit, by pressuring it to agree to closer integration.

What is the background to the protests?

Along with Mr Lukashenko’s longstanding authoritarian rule, the people of Belarus have suffered from years of economic stagnation.

In recent months, his refusal to take measures against the COVID-19 crisis has also driven discontent.

That has been compounded by authorities effectively preventing a number of opposition candidates entering the presidential race.

But the action has been set against the background of Moscow’s continuing influence on the country, almost 30 years after the dissolution of the Soviet bloc it was part of.

Under Mr Putin, Russia has attempted to cement its influence over Belarus despite sporadic tensions over oil supplies and other bilateral issues.

It sees the country as an important transit route for oil and gas exports from Russia to Europe – and as a buffer zone with NATO. The two countries also share close military ties.

Meanwhile, landlocked Belarus has sought to cultivate ties with both Russia and its European neighbours. But facing a decline in Russian subsidies, Minsk has turned to China for financial support.

Tags: Are, prote, there, Why, widespread
You may also like
Recent News:
This website uses cookies to improve your user experience and to provide you with advertisements that are relevant to your interests. By continuing to browse the site you are agreeing to our use of cookies.Ok