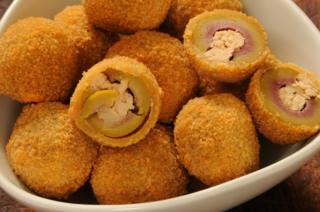 Brain operation patients have been asked to play the violin or the guitar during surgery, but until now there is no record of anyone stuffing olives on the operating table.

A 60-year-old Italian woman did just that during a procedure to remove a tumour from her left temporal lobe.

The neurosurgeon at Ancona’s Riuniti hospital said the two and a half hour procedure “went very well”.

His patient is said to have prepared 90 olives in the space of an hour.

Awake brain surgery, as it is known, is used to treat some neurological conditions such as tumours that affect the areas of the brain responsible for vision, movement or speech. To help the surgeon try to inflict minimal damage on healthy tissue, the patient can be asked questions or engaged in an activity during the operation.

As the left temporal lobe controls speech, memory and movement of the right part of the body, neurosurgeon Roberto Trignani told Ansa news agency the method “allows us to monitor the patient while we work on their brain functions and to calibrate our action”.

Dr Trignani, who was part of a team of 11 medical staff, has performed some 60 operations involving awake brain surgery in recent years. Another patient in Ancona has been asked to watch cartoons.

Preparing Ascoli olives is far more complicated, though, and Italian media describe how the operating theatre resembled something of a kitchen during the procedure.

A speciality of the Marche region of central Italy, they consist of pitted green olives wrapped around balls of seasoned meat, and are coated in flour, egg and breadcrumbs before being fried. 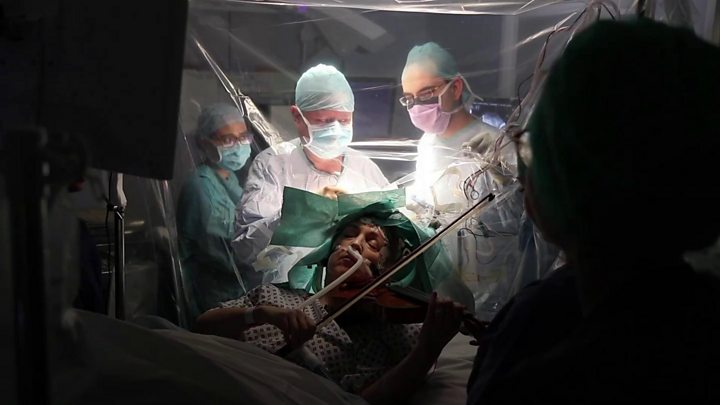 Tags: brain, in, olives, prepares, Woman
You may also like
Recent News:
This website uses cookies to improve your user experience and to provide you with advertisements that are relevant to your interests. By continuing to browse the site you are agreeing to our use of cookies.Ok