While the world’s eye has turned to combatting the coronavirus pandemic, it’s widely understood that a greater challenge and threat may lie on the horizon. Despite international cooperation to develop a vaccine for COVID-19, it’s known that this brief period of peace and unity will certainly not last. World War 3 could be lying just around the corner and the all-out nuclear war that could wipe-out humanity once and for all. Escalating tensions with Iran, North Korea and other nations, send tremors along the carefully constructed balance that is held together by peace treaties and unilateral agreements. The concerning challenges world leaders face today are not too dissimilar from those seen by John F Kennedy (JFK), during the Cuban Missile Crisis. It was then feared that a failed reconnaissance mission – leading to the only death during that period – could have provoked a nuclear attack. An unearthed letter shared with Express.co.uk, revealed the tragic tale of that one casualty and how his death led to the lifesaving de-escalation that would keep humanity safe for decades.

At the time President Kennedy was embroiled in a bitter stand-off with the Soviet Union, where every decision he made could have had life-altering consequences for the world.

Tensions were feared to have been escalated beyond breaking point, when Cuba shot down a U-2 spy plane dispatched by the US to secretly photograph the growing arsenal of world-ending weapons amassed by the nation.

The failed reconnaissance mission, which caused the only death of the Cuban Missile Crisis, was feared to be an ‘aggressive’ action that would start all-out-war.

This was considered to be the most concerning moment of the stand-off and would lead to President Kennedy offering Cuban leader Fidel Castro a top secret peace deal.

An unearthed letter from the US President at that time reveals the heartbreak and immense pressure consuming the leader.

The “historically important” condolence note, which had been hidden away for decades, was sold by Heritage Auctions on Thursday and was revealed to Express.co.uk. 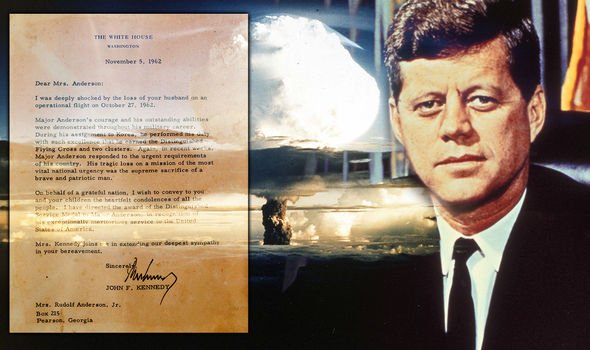 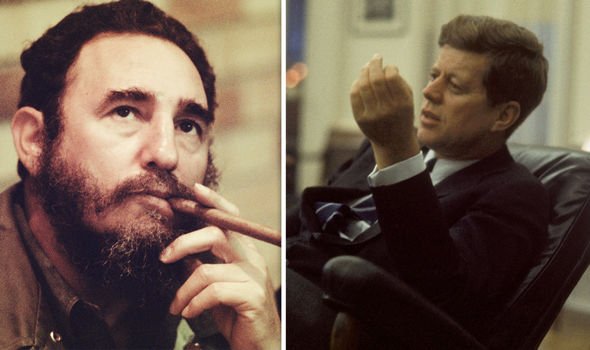 One of their historians Curtis Lindner explained why this letter to the widow of Rudolf Anderson Jr, was part of such a “seminal moment in US history”.

He told Express.co.uk: “It holds such historical meaning because of what was going on in our country at that time.

“People truly lived in the fear that there would be a nuclear war and more than 100 million Americans would be killed.

“This may have been a different world had President Kennedy not have handled it the way that he did.”

The letter praised Mr Anderson Jr’s “courage” and the “outstanding abilities” demonstrated throughout his military career before an incredible admission. 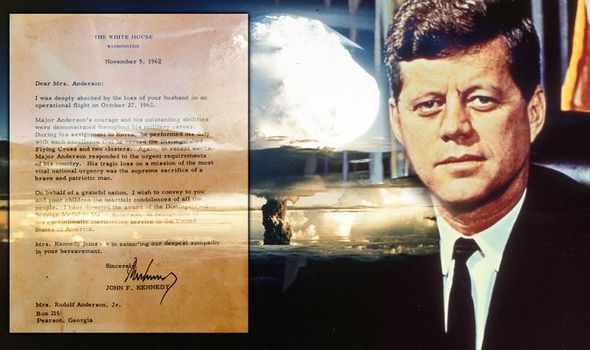 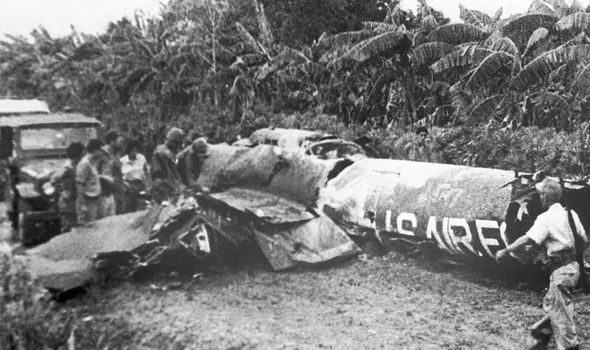 Present Kennedy wrote the heartfelt note on November 5, 1962, just over a week after Soviet leader Nikita Khrushchev agreed to dismantle and remove the missiles from Cuba.

This wasn’t the only letter the US leader was revealed to have written to the grieving widow – a second lies in the National Archives according to Heritage Auctions.

Mr Lindner told Express.co.uk: “The President wrote to the widow offering the condolences of him and the country – there he explained that her husband was a hero.

“We don’t know why he chose the second draft – that we have up for auction – but it could have been that he might not have liked the wording.”

The letter read: “In recent weeks, Major Anderson responded to the urgent requirements of his country. 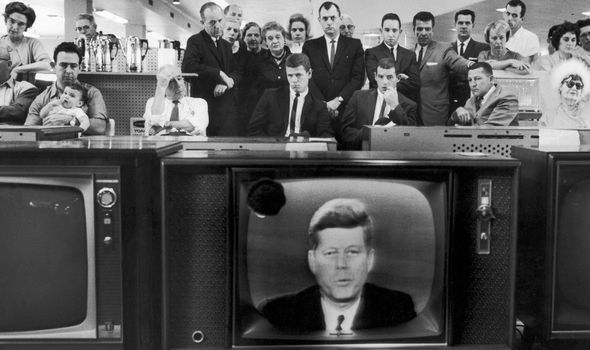 “His tragic loss on a mission of the most vital national urgency was the supreme sacrifice of a brave and patriotic man.

“On behalf of a grateful nation, I wish to convey to you and your children the heartfelt condolences of all the people.”

In recognition of his “exceptionally meritorious service”, President Kennedy awarded him a Distinguished Service Medal.

The letter, which went under the hammer on Tuesday, was snapped up for more than double the estimate – which Mr Lindner believes was due to the importance of President Kennedy’s assassination.

He said: “Just like Princess Diana, Martin Luther King and others, with items related to President Kennedy there is a lot of interest because of the ‘What ifs’ of their lives. 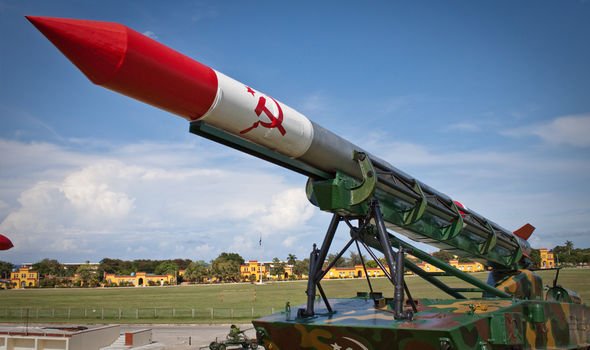 “With Kennedy who knows what great things he could have gone on to do.”

He also believes the importance of the lot detailing the only casually of the Cuban Missile Crisis could have peaked collectors’ interests – coupled with the fear that was associated with that dark time in history.

Mr Lindner said: “People were terrified, they put in underground bunkers, children had drills in schools where they had to hide under their desks.

“Even President Kennedy told his wife Jacqueline to take their herself and their children to a safe place in Virginia, fearing something horrible was about to happen to the country.

“My parents were convinced there would be nuclear war too, they never thought myself or my brother would live into adulthood.

“So when all of the missiles were taken out of Cuba, America breathed a giant sigh of relief.”